Characteristically, the leaf is 3-veined from base with lateral veins extending more than midway up lamina. This is a useful identification feature, as It is easy to find in the Red Book (Rainforest Trees and Shrubs: A field guide to their identification by Gwen Harden, Bill McDonald and John Williams). Petiole (leaf stalk) petiole 2-5 cm long. 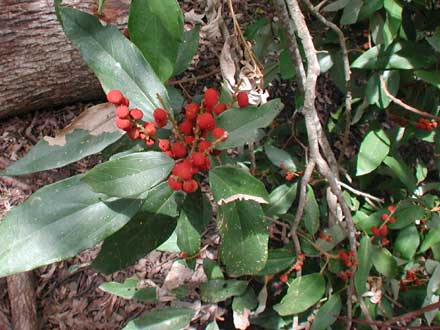 The chemically useful parts of the plant including Rottlerin, yellow and red resins, wax, and a yellow crystalline substance, tannic acid, gum, and volatile oil. Rotterlin was apparently named after the Rev. Dr. Röttler, a naturalist who died in 1836. 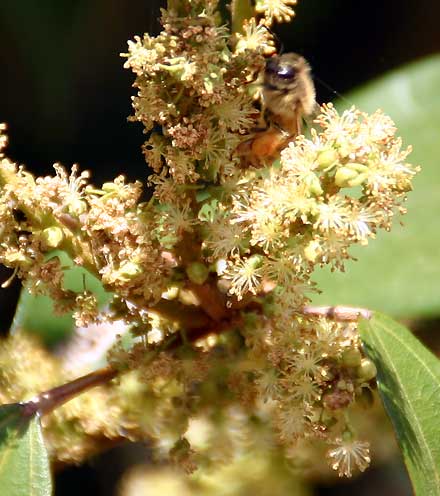 The fruit is a capsule 6-9 mm in diameter, covered with dark red, granular glands. The seeds are black, ripe Spring to Summer. Red Kamala dye is made from the powdery coating of the seeds. It is a red mealy powdermade up of of minute glands and hairs coloured brick or madder red, nearly odourless and tasteless. In India boiling this in carbonate of soda results in a durable red dye. The red powder is brushed off and collected when the fruit is ripe.

Philippensis from Latin “ensis“ indicating origin or place and Philippines, the Philippine Islands, where the first specimens were collected. 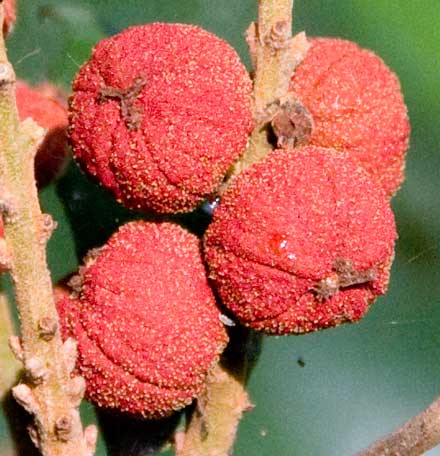 Red Kamala can be used in just about any part of a revegetation, it can be found in quite dry harsh areas as well as moist and fertile riparian habitats. It grows quite quickly, though wouldn’t be classified as a “pioneer”. It regenerates on its own in disturbed sites. 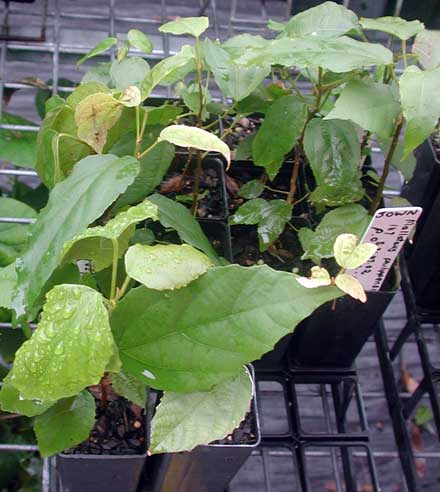 Older specimens are often multi-trunked and can have interesting lichens. Stands of red Kamala might live a hundred years or more. 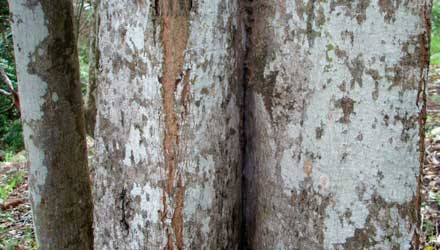