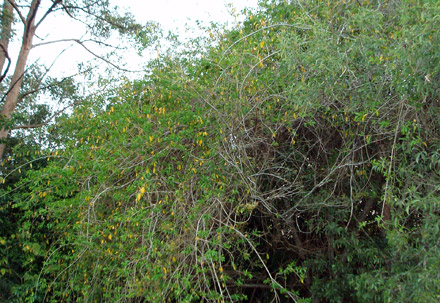 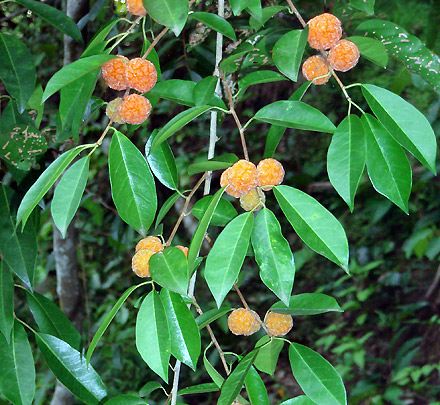 The juvenile leaves are much smaller and in some cases from a distance this plant looks a bit like Orange Thorn (Pittosporum multiflorum) when it is covered with small leaves. This picture shows a mixture of smaller leaves and larger ones. 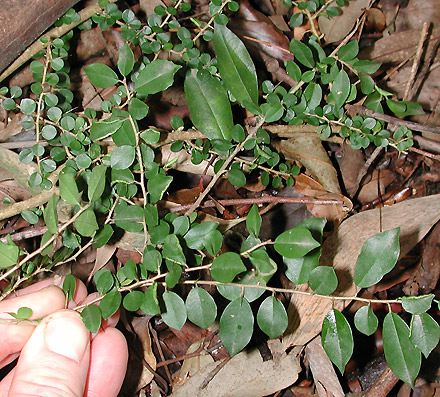 A useful Lantana substitute. It may be able to be hedged in some places to protect areas of remnant or revegetating rainforest.

This vine is often intertwined with undersirables and damage can easily occur when weeding. It can be dangerous if not cut back when working an area. Despite its somewhat punishing thorns and aggressive habit, this plant would be a benefit as a component of all Enoggera revegetation even though it is a relatively “recent” plant to become established here. Recent, in this sense, referring to geological time. It is not a Gondwanaland plant of ancient lineage like other spiny plants such as Carissa. Its thorns evolved to protect itself from the large mammals of China and Asia. 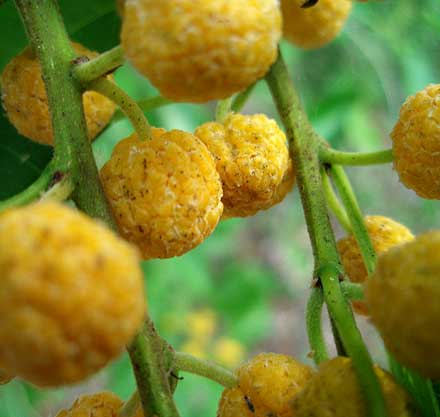 Maclura after W. Maclure, an American geologist; cochinchinensis from Latin ensis, indicating origin or place and Cochin China, a region of South Vietnam referring to its first being recorded there.

Var. bancroftii is a cultivated variant with variegated leaves. 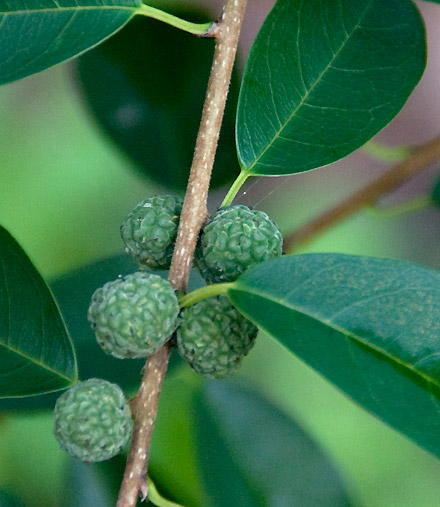 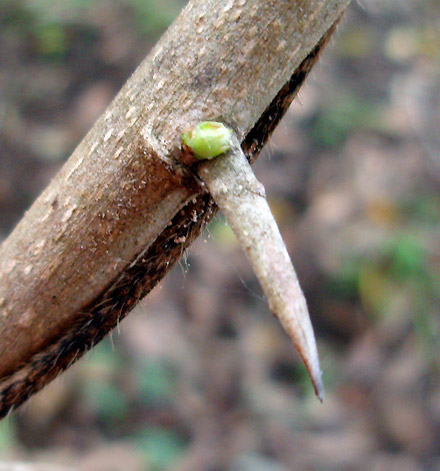 This Maclura vine on the bank of Fish Creek at The Gap is thought to be many hundreds of years old. The photo shows the vine’s trunk holding up a long-dead tree in the foreground before climbing an even more ancient Aphananthe Philippinensis (Rough-leaved Elm). 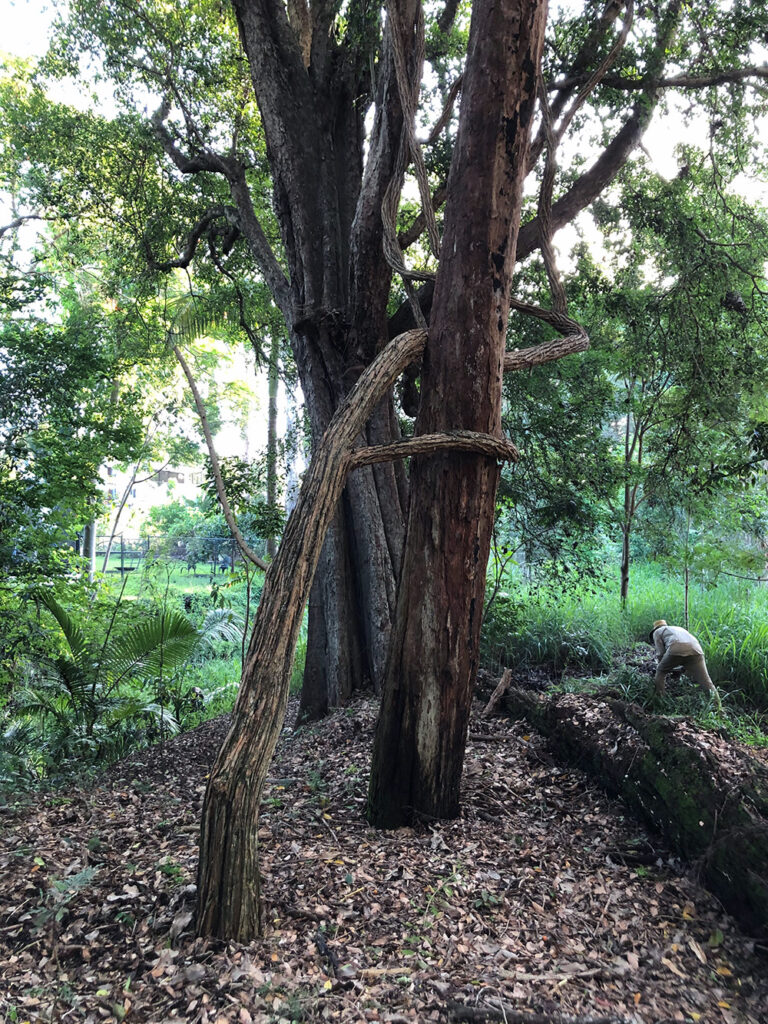