Leaves are broadly ovate large, with pointed tip. Useful for establishing a canopy quickly. Weed exclusion underneath trees is often found and thought to result from allelopathic interactions.

They prefer open sunny spots, so when larger natives are established — including species like Weeping Lilly PIlly (Waterhousea floribunda) Black Bean (Castanospermum australe), Weeping Bottlebrush (Calistemon viminalis) She Oak (Casurina cunninghamiana) and Silky Oak (Grevillea robusta) — the Macaranga are shaded out and don’t do as well.

Usually found in very disturbed vegetation and abandoned cultivation areas, often along roads or streams. It readily spreads if the soil is continually disturbed, say by weeding. Common throughout the Enoggera catchment due to seed produced upstream. 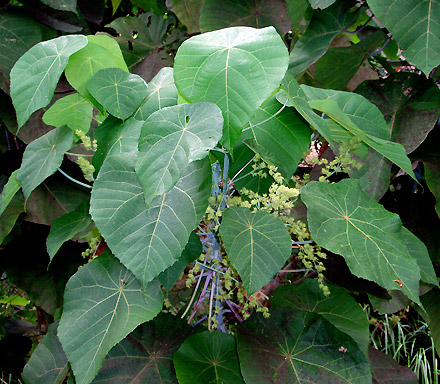 The male flowers are small and borne on slender, branched peduncles, which are shorter than the leaves. The female flowers are usually found in simple panicled spikes or racemes.

Macaranga from the Madagascan name for the first species of the genus to be described; tanarius, possibly an Amboinese name from whence it was first described. 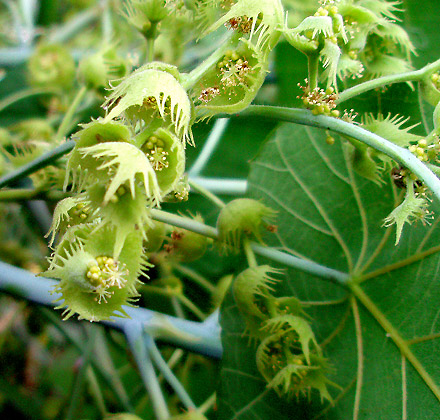 Fruit is a green/yellow capsule splitting to reveal a black seed surrounded by a black aril. The capsules are 10 to 12 millimeters in diameter, of 2 or 3 cocci, and covered with pale, waxy glands, and with soft, scattered, elongated, spinelike processes. Many birds eat the ripe fruit.

In South East Asia the bark yielded a glue used for fastening together the parts of musical instruments. The bark, fruit and leaves of this tree have been used as ingredients in a popular fermented drink known as “basi”. The tannin in the bark was used in the Moluccas to toughen fishing-nets. 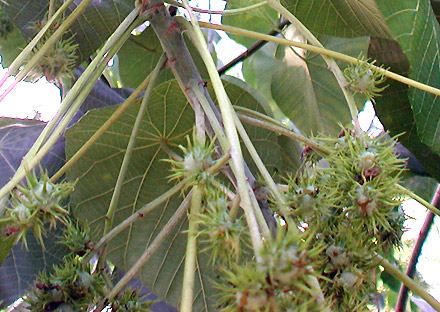 Propagate from fresh seed, but be wary when planting it. Macaranga is self propagating all along the Enoggera catchment and may eventually become weedy throughout. Poison Peach (Trema tomentosa) is perhaps a better alternative. Some thick stands of Macaranga have been thinned to allow other plants to grow. 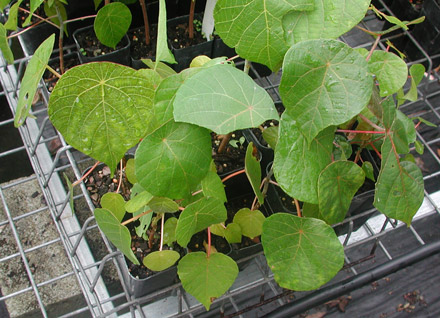