← Macaranga tanarius (EUPHORBIACEAE) Macaranga Lophostemon suaveolens (MYRTACEAE) Swamp Box →
Small to medium-sized tree to about 15 metres with a bushy habit. The leaves are arranged in whorls of three to six, lanceolate to obovate or elliptical in shape, 6–30 cm long and 2–13 cm broad, with an entire or spiny-serrated margin. Flowers are produced in a long slender simple raceme 5–30 cm long, the individual flowers 10–15 mm long, white to pink or purple, with four tepals. The Association of Societies for Growing Australian Plants (ASGAP) notes that macadamia has the distinction of being the only Australian native plant to be grown as a major commercial food crop. Two species, M. integrifolia and M. tetraphylla (and their cultivars), are grown in a number of countries including the United States (Hawaii, California), southern Africa and central America. Wikipedia notes that macadamia has a disjunct distribution, some being native to eastern Australia (seven species), others in New Caledonia (one species M. neurophylla) and Indonesia Sulawesi (one species M. hildebrandii). 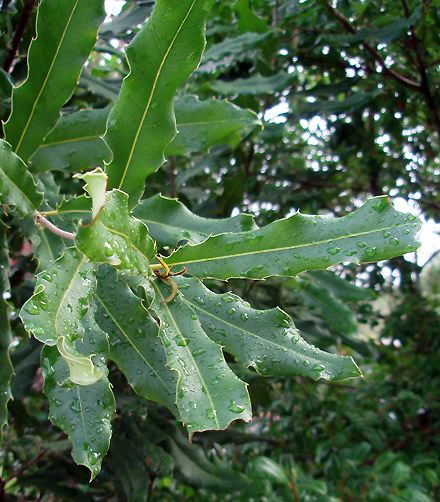 Fruit is a very hard woody globose follicle with a pointed apex, containing one or two seeds. Despite M. integrifolia and M. tetraphylla being edible, the nuts of some of the other species are poisonous, including M. whelanii and M. ternifolia. The toxicity is due to the presence of cyanogenic glycosides. The two species of edible macadamia readily hybridise, and M. tetraphylla is threatened in the wild due to this. Wild nut trees were originally found at Mt Bauple near Maryborough in South-East Queensland, Australia. The genus is named after John Macadam, who was a colleague of the botanist, Ferdinand von Mueller, who first described the genus. Common names include Macadamia, Macadamia Nut, Queensland Nut, Bush Nut, Maroochi Nut and Bauple Nut. Indigenous Australian names include Kindal Kindal and Jindilli. 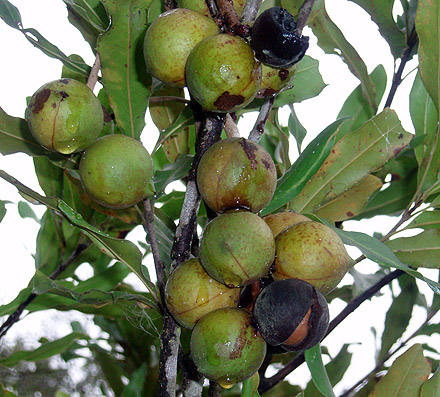 Propagation from seed is relatively easy. The seed should be sown when fresh. Cracking the seed can aid propagation, but look out for rats who will take the cracked nut if it is not protected. The first commercial orchard of macadamia trees was planted in the early 1880s by Mr Charles Staff at Rous Mill, 12 km south east of Lismore, New South Wales, consisting of M. tetraphylla. Besides the development of a small boutique industry in Australia during the late 19th and early 20th century, macadamia was extensively planted as a commercial crop in Hawaii from the 1900s. The Hawaiian-produced macadamia established the nut internationally. According to the Australian Macadamia Society website in 2021, Australia is now the world’s major producer of macadamia nuts with an annual crop of 50,000 tonnes. The Society is making efforts to improve the genetic diversify of the crop. Macadamia species are used as food plants by the larvae of some Lepidoptera species including Coconut Moth Batrachedra arenosella. 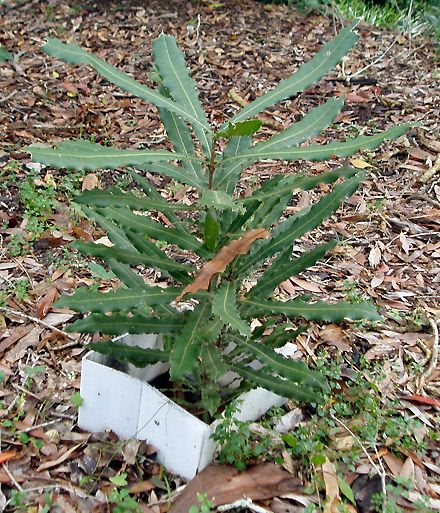