← Lomandra laxa (R.Br.) A.T.Lee (LOMANDRACEAE) Delicate Matrush Lobelia purpurascens (LOBELIACEAE) White Root →
A robust matrush found near or in creeks on sandy soils and river stones, north of Taree NSW. Can form clumps up to 2 m high. A useful plant for revegetation and erosion control. The starchy, fleshy bases of the leaves are edible (they taste of raw peas). Clings on tenaciously in poor soils, despite sometimes having roots exposed.

Leaves are smooth (hairless), flat and long, usually to 130 cm, pointed, with teeth on each side of the main point (which is the most outwardly reaching one) shaped rather like the Chrysler building in New York. Lomandra longifolia differs in that these side teeth usually are equal if not longer than the central one (a W-shape).

Can be planted four or six to a hole, and one of the few native plants that does not mind being grown on in larger pots. 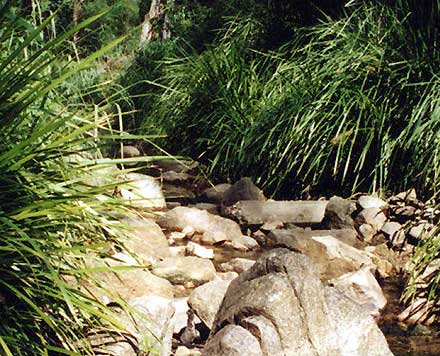 Flowers are in branched inflorescences (flowering structures). The major branchlets up to 20 cm. The cluster bracts are spiny, to 10cm, hence the name hystrix which means spiny.

Flowers grow along the branchlets of the inflorescence, yellow or cream in Spring and Summer. 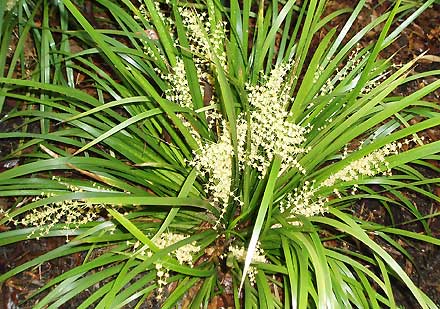 This photo shows the branching inflorescences – one of the ways to distinguish this Lomandra from others, notably Lomandra longifolia which has inflorescences that do not branch openly and loosely like this. 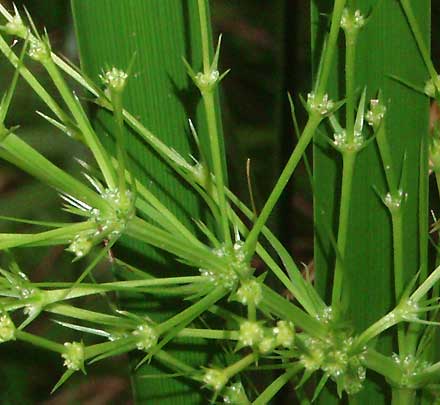 Lomandra from Greek “loma” fringe or border and Greek “andreios”, of or for a man, manly or masculine, referring to the margin of the anthers. Hystrix means spiny, or prickly.

The spines are clearly shown in this photo. Seed germinates readily after two months if kept moist and continues sprouting for up to four months. 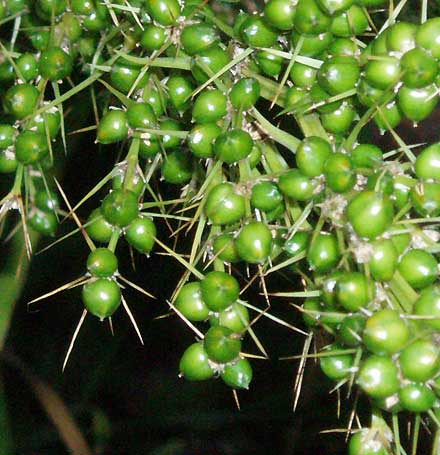 Lomandra hystrix is one of our most important restoration plant in the Enoggera catchment. If you do no more than plant this common rush, you are doing the ecology a power of good. It is strong enough to withstand inundation, can outcompete invasive weeds once established, filters the water and stabilises creekbanks. It is vigorous enough to replace a host of nasty weeds, including panic grass, cane grass, wild taro, tradescanta, ruellia and singapore daisy.

Stormwater scours can be treated with massed lomandra planting, no need for rock, jute, concrete or geofabric. It can be planted in the water and along the water’s edge. It will survive in harsher, drier positions (where other lomandras, such as longifolia are usually preferred but strangely don’t do as well). 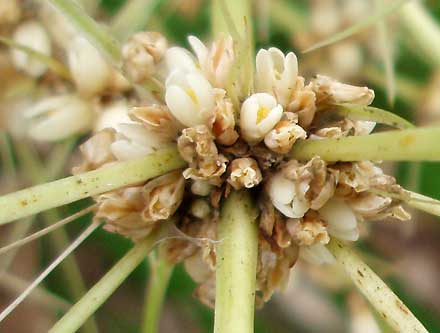