Not thought to naturalise in the Enoggera catchment, but we did find one specimen in early 2007. Known to come up readily in gardens near mature trees.

Leaves are palmately lobed, long and broad and with a 6-10 cm petiole, looking somewhat similar to those of some maples. They have five sharply-pointed lobes, but are easily distinguished from maples in being arranged alternately, not in opposite pairs. They are a rich dark green and glossy, and in most cases turn brilliant orange, red and purple colors in the autumn. A small percentage of trees are evergreen or semi-evergreen, with negligible fall color. 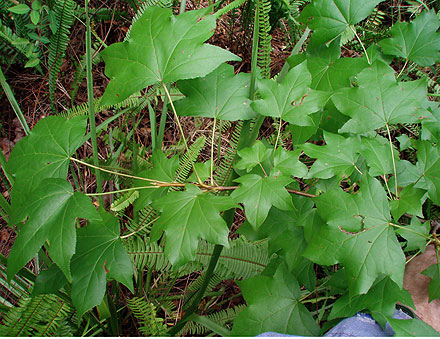 The male and female inflorescences are on different branches of the same tree. The fruit, popularly nick-named a “gumball” or “birball”, is a hard, dry, globose, compound fruit 25-40 mm in diameter and composed of numerous capsules. Each capsule has a pair of terminal spikes, and contains one to two small seeds.

The earliest record of the tree appears to be in a Spanish work by F. Hernandez, published in 1651, in which he describes it as a large tree producing a fragrant gum resembling liquid amber, whence the name.

American Sweetgum is a popular ornamental tree, grown for its intense fall colors, but it also has some drawbacks. The wood is brittle and the tree drops branches easily in storms. The spiked “gumballs” can be unpleasant to walk on, and their profusion can smother a lawn unless removed. 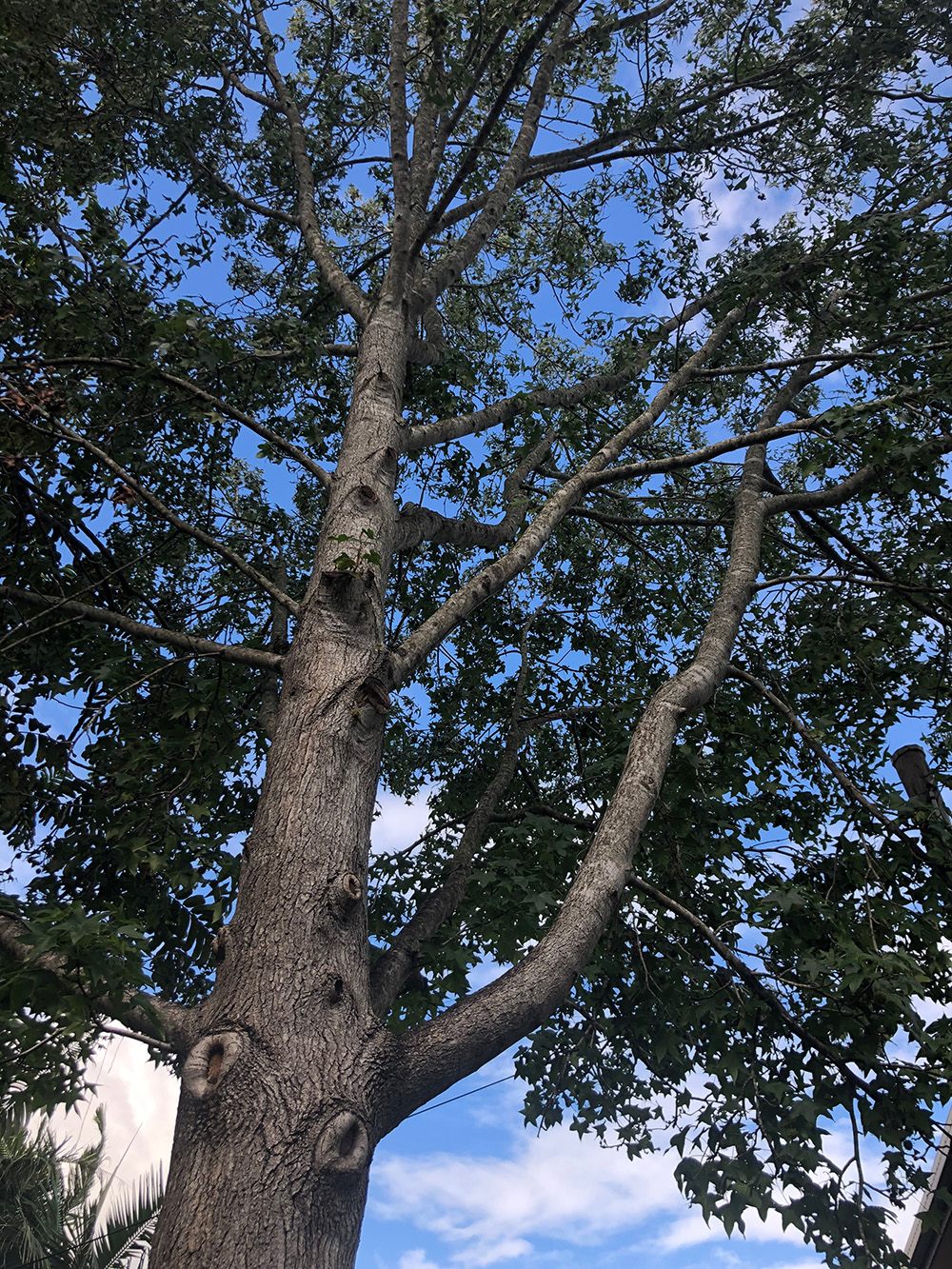