John Hodgon B.Sc. (Hons) writes in Systematic Studies in Lepidosperma (Cyperaceae: Schoeneae) with particular reference to the Lepidosperma laterale complex: “Throughout its geographical range Lepidosperma laterale is considered a variable taxon forming a complex that exhibits much morphological variation both within and between populations (Wilson 1993, 1994; Curtis & Morris 1994). Three varieties of L. laterale were recognised by Bentham (1878), but these have been synonymised under L. laterale in New South Wales, Victoria and Tasmania (Wilson 1993, 1994; Curtis & Morris 1994). 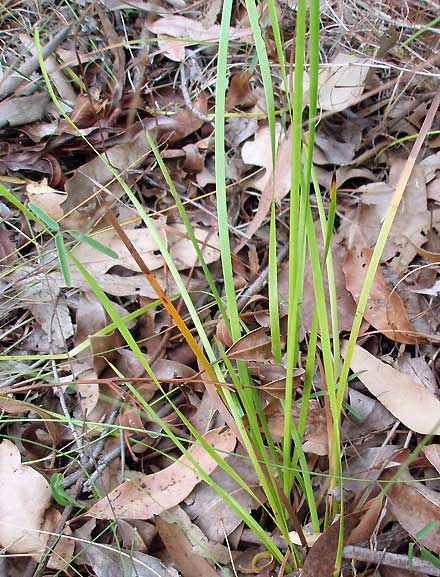 Leaves are reddish or dark grey-brown at the base, then green then straw coloured at the apex. Flower stems and leaves look similar (strappy). 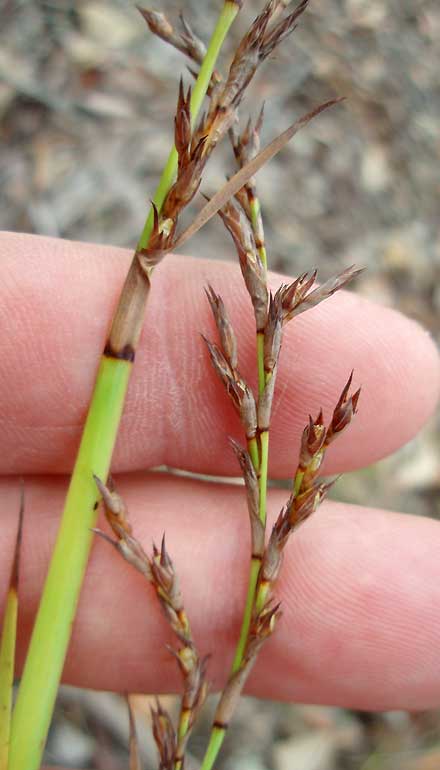