Green, unisexual flowers are borne in axillary cymes which form up to 10 cm long from September-November. 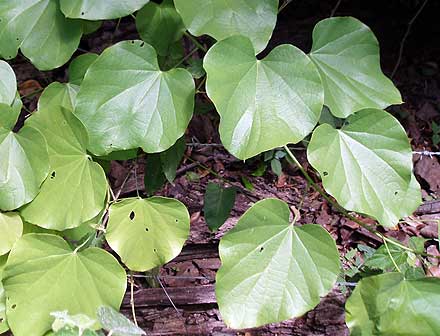 Fruit is a green globular, flattened berry ripe December-March, green when unripe with a powdery whitish bloom and blue-black when fully ripe. 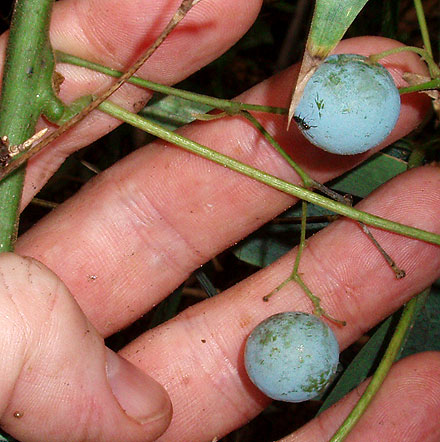 The new growth on established vines is very fast and this planty can quickly grow to prodigious sizes, occupying large amounts of canopy.

While not uncommon this vine is a good sign of natural habitat as it has rarely if ever been planted in the Enoggera Catchment. Ripe seed would be fairly hard to gather, as it would likely be high in the canopy, or on the forest floor in leaf litter. 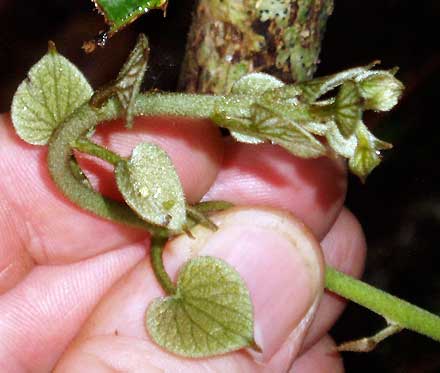 There can be quite a variation in leaf shape, the base of the leaf heart-shaped to kidney- shaped. 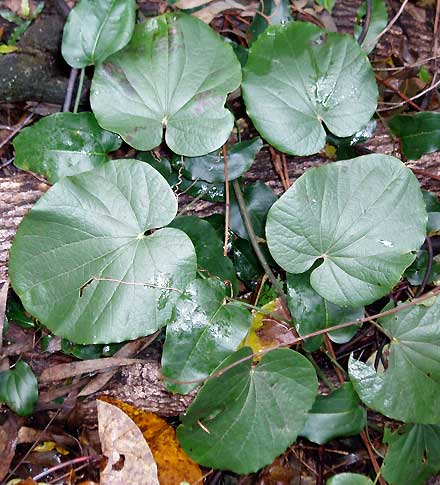 The undersides of the leaf have prominent radiating veins and are quite glaucous or “cabbage coloured”. 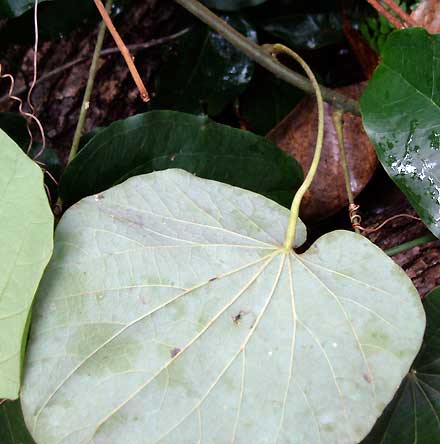 Stems can be quite hairy. This specimen was photographed at Yoorala Street, the Gap. The plant below it which is peltate (the petiole joining the leaf blade some way in from the margin) is Stephania Japonica. 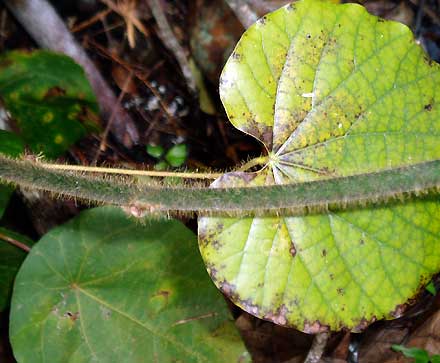