Occurs along roadsides, creek banks, fence lines and in waste places. In Brisbane it’s most common habitat is in the understorey of open forests, for example, in Brisbane Forest Park and along Gap Creek Road. 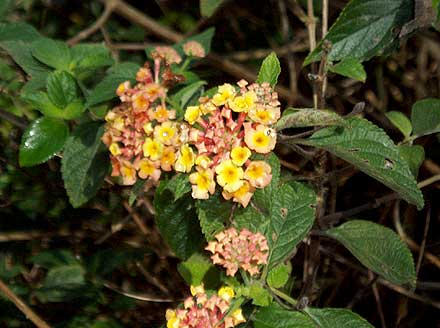 Not as serious for urban creeks as it is for agriculture. Easy to control in small infestations, and can provide useful habitat for mammals, reptiles and small birds that would otherwise be exposed to predators. It is a weed whose trajectory is on the downward slide.

Flowers are in clusters to 4 cm across. Individual flowers are single slender tubes that open into mostly 4-lobed (sometimes 5-lobed) pink or orange shapes. Colours can vary greatly, though purple is rarer than the reds, oranges, pinks and yellows. Flowers thoughout the year, mostly in summer. 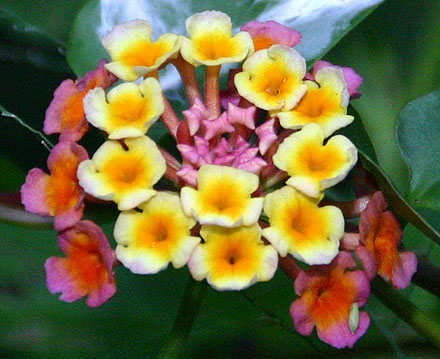 Fruits are fleshy (succulent) drupes 5-8mm that look like berries, initially green then turn black or purplish-black when mature. Each fruit contains a single hard seed up to 4 mm long.

Creeping lantana is related but does not have prickles or thorns and the weedy forms have purplish-pink flowers and a creeping habit.

Not declared in Queensland. Noxious in New South Wales, Western Australia and the Northern Territory. 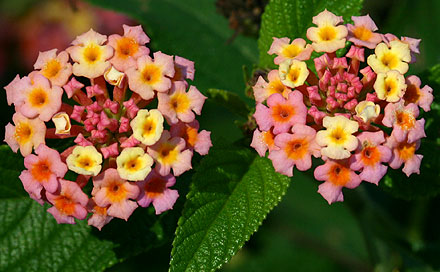