Janthina janthina from above

The Family Janthinidae includes some 30 Species of pelagic Gastropods, that live floating in open sea. The shell is light, transparent and blue, with no operculum.

The Violet Snail Janthina janthina is often found washed ashore in the Souther State of Australia, not common on North Stradbroke.

When alive, it floats by producing its own mucus-covered bubble raft. It feeds on floating cnidarians such as Blue Bottles (Physalia physalis) and By-the-wind Sailors (Velella velella).

It broods its young and releases miniature adults directly into the sea. All offspring begin life as male and later become female.

It is dark below and light above, good camouflage in both cases. 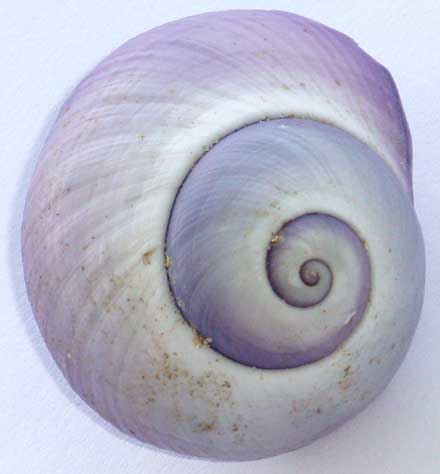 Janthina janthina from below 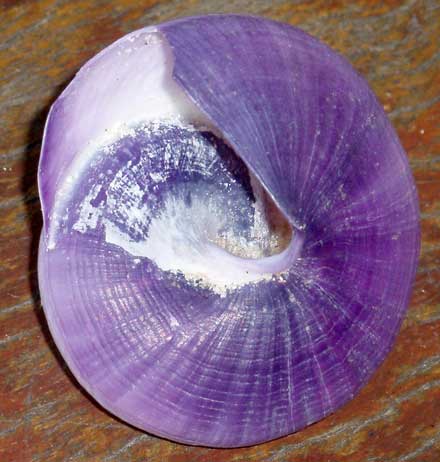