Its bark was used by Aborigines as a fish poison. It contains saponins, which break the bonds of water molecules, causing them to lose oxygen. The fish suffocate and float to the surface. The effect wears off quickly if there is a flow, and it has not coated the gills.

Host plant for caterpillars of Nacaduba berenice butterflies (Six Line Blue) along with other SAPINDACEAE and PROTEACEAE. The Caterpillar is usually attended by small black ants. 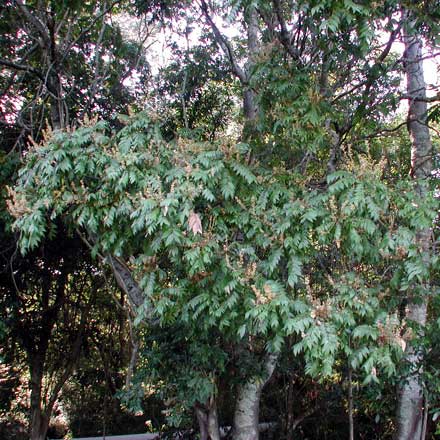 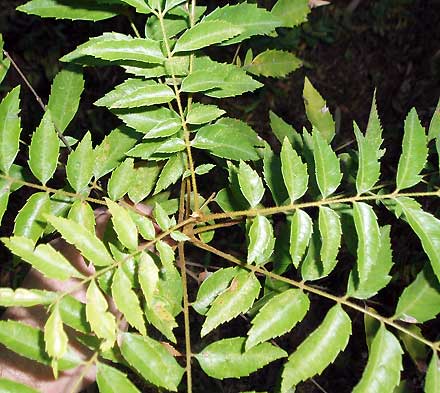 Flowers are yellow/brown on branched stalks from branchlet ends from March-April.

Jagera after Dr. Herbert De Jager, who collected plants in Indonesia in the mid 19th century for botanist Rumphius; pseudorhus from Greek pseudo false or imitative ie resembling but not equalling, rhus the Sumac tree of North America in reference to the similarity of the foliage. The word Jagera is (perhaps coincidentally) associated with local Aboriginal tribes in the Brisbane area. Or possibly the name might have derived from the Aboriginal word. It seems too much of a coincidence to be one 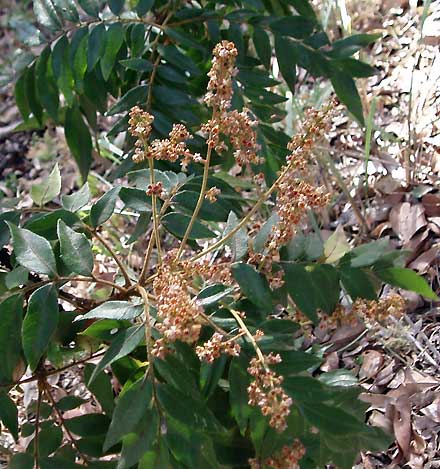 The fruit is a hairy, brown capsule splitting into three segments with a black seed in each. The seed pod is covered with strong fine hairs that easily penetrate the skin — resulting in sometimes extreme pain and irritation. 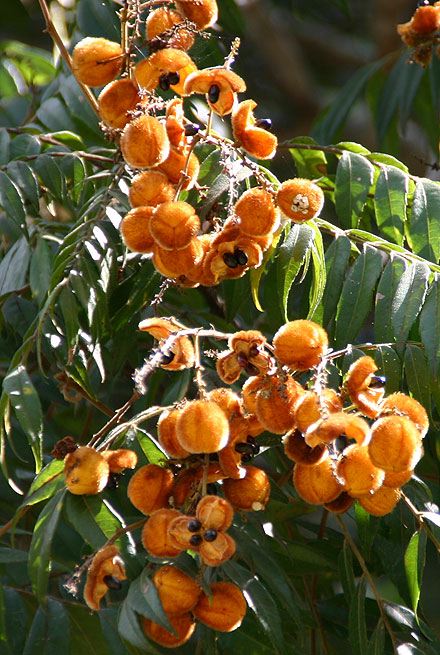 Generally people do not welcome a good fruiting year if the Jagera happens to be in their backyard. The bristles can be extremely annoying. However, more planting should be encouraged, as this tree is an important part of dry rainforest regeneration. If people feel the need to remove the trees, perhaps they could wait until AFTER the fruiting, and donate the fruit to a nursery. To collect, use a long pruner and store the bunches of capsules in a large bag to dry out. This will make them easier to process. Wear gloves! 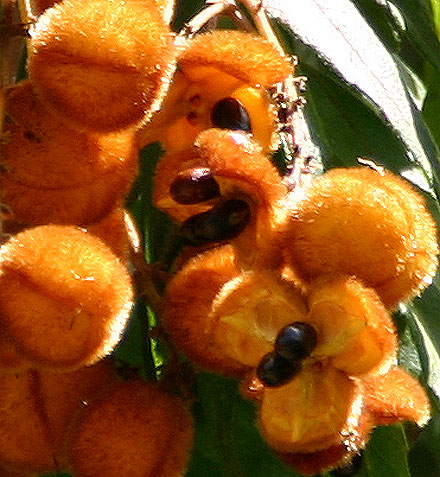 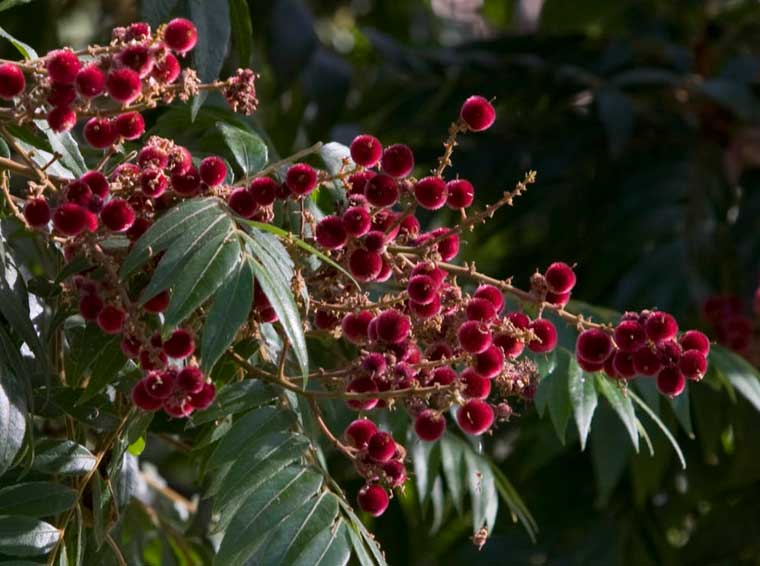