The common name of dogwood is said to refer to the smell from the wood when burnt.

Most of the year the general effect is of a dense and softly drooping crown, with many thin branchlets somewhat tufted, and of a dull or greyish green. The slender trunk becomes dark and furrowed with age. 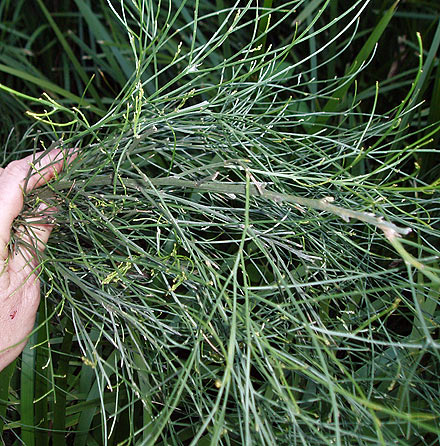 Flowers open about the third week of November and soon the branchlets are weighed down with masses of orange pea flowers 6 mm across. Each calyx is hairy, giving silvery tints.

These flowers were in April, and largely spent. 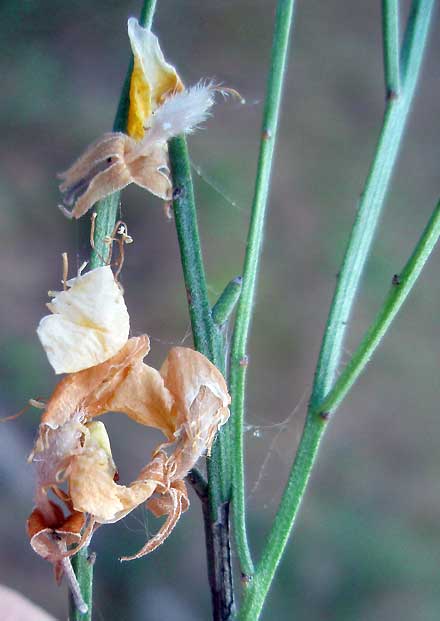 Seeding is prolific, each pod holding one tiny seed. Like many other legumes the hard seeds require soaking in hot water before sowing, and each plant must be in a separate pot to facilitate transplanting without damage to the roots.

Jacksonia – after George Jackson, (1780 – 1811), a botanical librarian, scoparia – brush- or broom-like, referring to the manner of growth 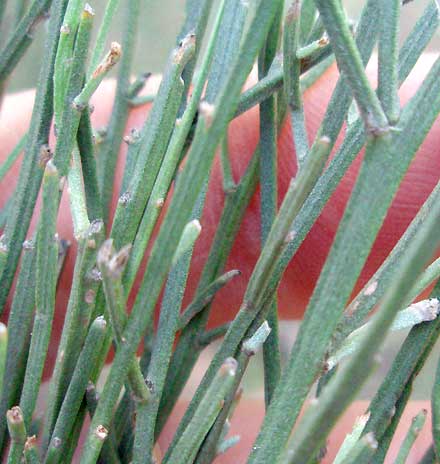 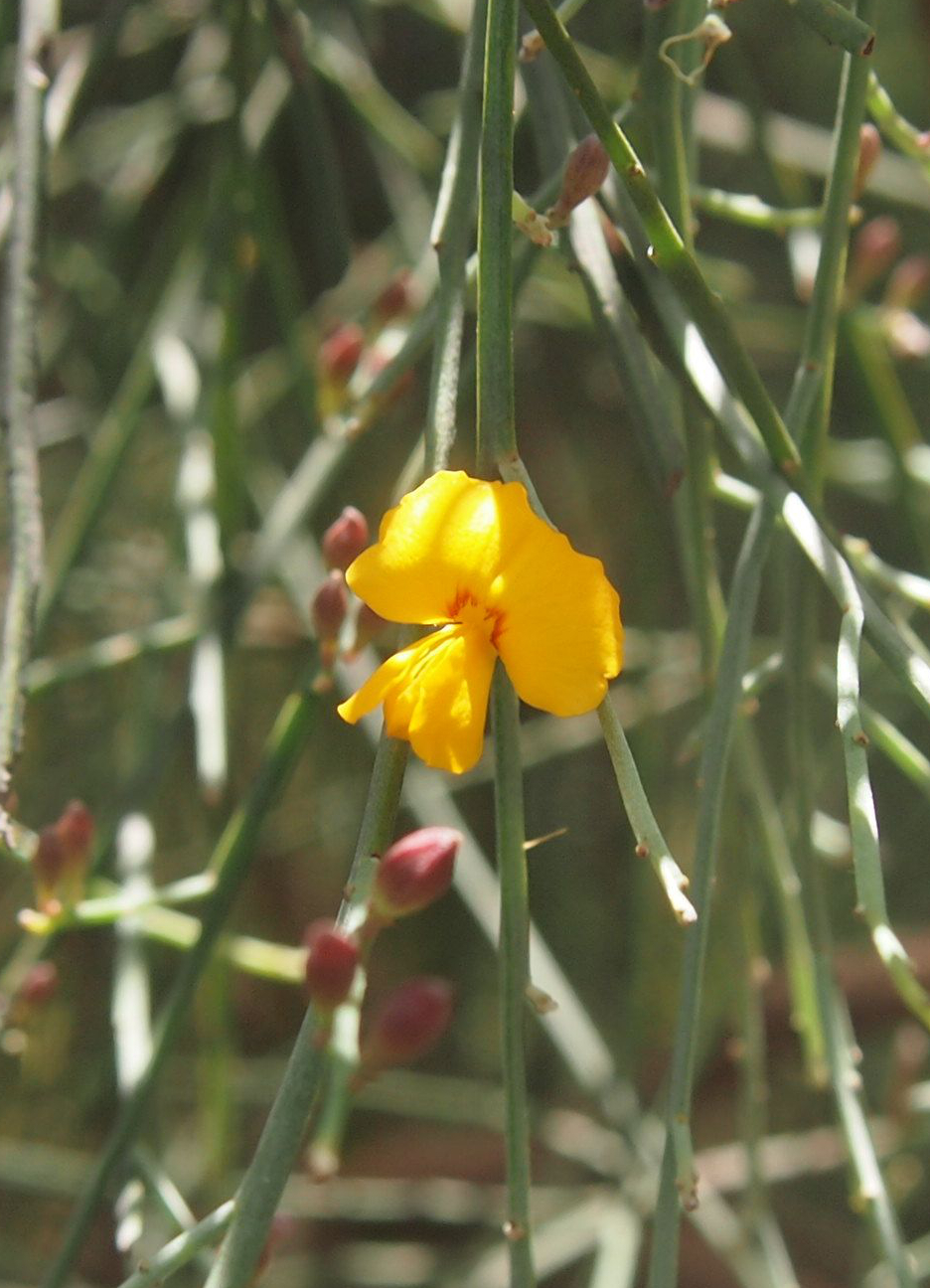