It is an escaped pond plant, creeping or floating stoloniferous, with floating or emergent leaves.

Leaves are round and shiny, 4-12 cm in diameter, fleshy, with obvious dark bands encircling brittle, pale petioles. The leaf blades generally float on the water but can be emergent when water recedes. 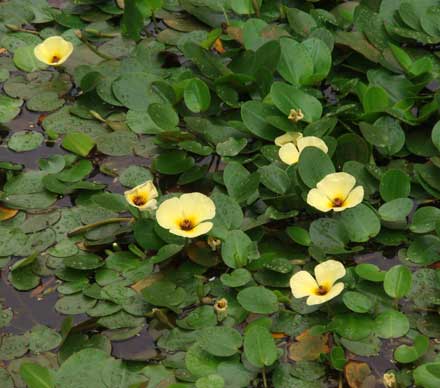 Attractive yellow flowers with three fragile petals to 8 cm rather like those of Iceland Poppy. Flowers from November to January, though this specimen was flowering in May.

Fruit is a group of hard capsules each to 15 mm with a beak. Capsules split longitudinally to release several small horseshoe-shaped seeds.

This infestation was photographed in Banks Street Reserve near Quandong Street on Sunday, 13 May 2007. 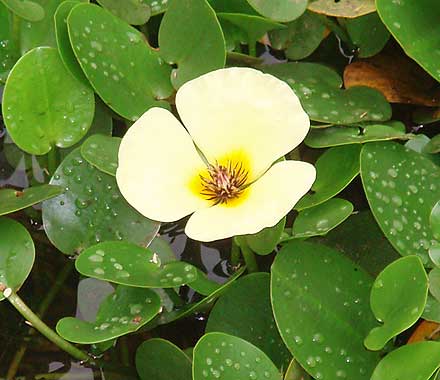