Native to Australia and nearby islands, and New Zealand, which has been colonised in the last half century. Similar to the Pacific Swallow. Metallic blue-black above, light grey below on the breast and belly, and rusty on the forehead, throat and upper breast. Long forked tail. This individual was nearby a nest at The Gap Village. The call is a mixture of twittering and soft warbling notes, and a sharp whistle in alarm. Welcome Swallows readily breed close to human habitation. The nest is an open cup of mud and grass, made by both sexes, and is attached to a suitable structure, such as a vertical rock wall or building. 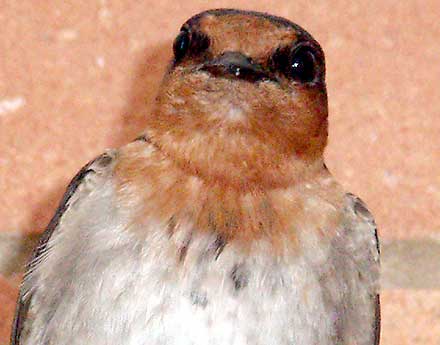 Extremely agile fliers, feed on insects while in flight. They often fly fast and low to the ground on open fields in large circles or figure 8 patterns. They will often swoop around animals or people in the open. Source: Wikipedia 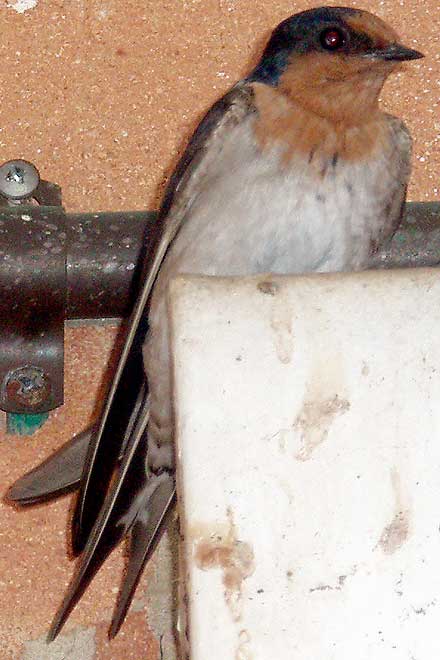