It is fast-growing and in revegetation as a pioneer can provide fast cover, but its soft trunk and branches easily break in storms. Responds well to trimming the lower branches to give access in situations where you need to work the ground underneath.

There are more than 300 Hibiscus species world wide, mainly in tropical and sub-tropical regions. Australia has about 40 species. 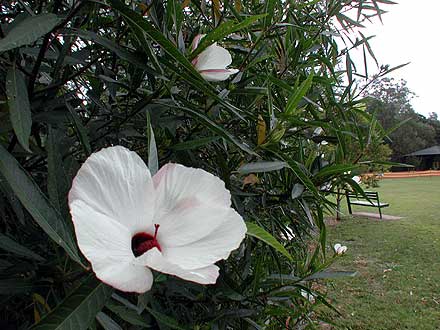 White, yellow and pink flowering forms grow over an extended range along the Australian east coast, and may well be the same form responding to different soil conditions.

This is a yellow flowering form of native hibiscus local to the Enoggera Catchment. Another Australian Hibiscus, H. Splendens, is not local. 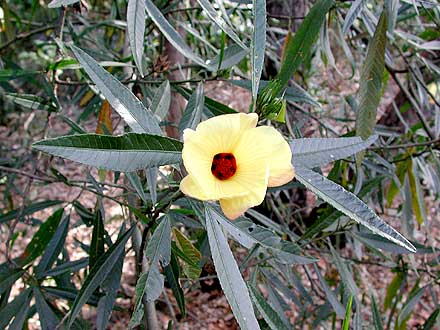 From a distance (when not flowering), this plant resembles Cannabis sativa (marijuana) and has been used in films when directors have needed an “illegal plant”. 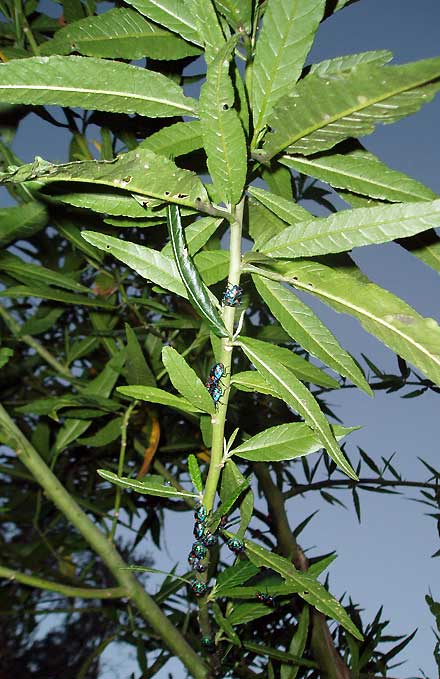 It helps to abrade the surface of the seeds with sandpaper as this quickens germination.

Fibrous bark used by Aborigines for string and bags. 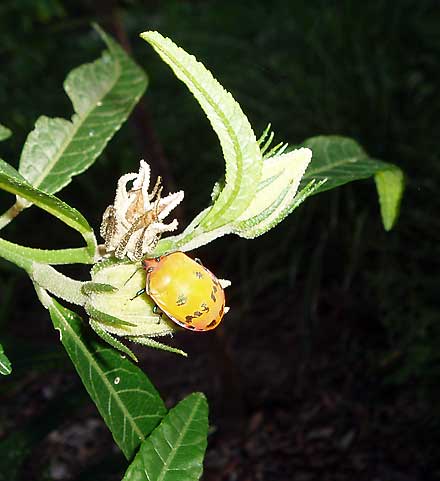 The flowers only last a day or two and often appear in the afternoons after rain. This showy pink and white striped version was flowering in the garden of Greening Australia’s nursery at The Gap. 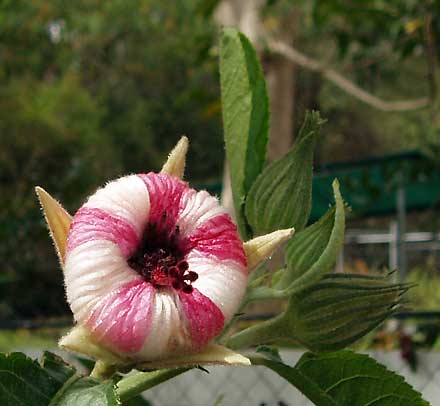 Hibiscus from Greek hibiscos the marsh mallow, Althaea officinalis; heterophyllus from Greek heteroi-os, a, on of a different kind, diverse, or different and phyllon a leaf, referring to the great variation in leaf shape on the same plant. 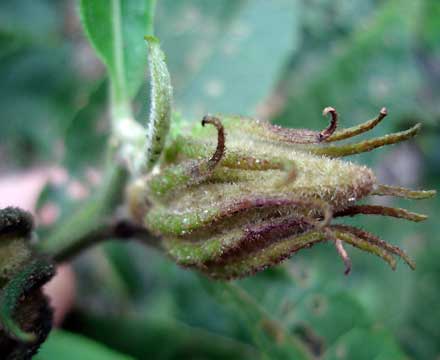 Hibiscus heterophyllus is popular in revegetation work, but not so favoured in gardens, probably because of the bristly stems, the rather open habit and the irritating fine hairs covering the seed pods. 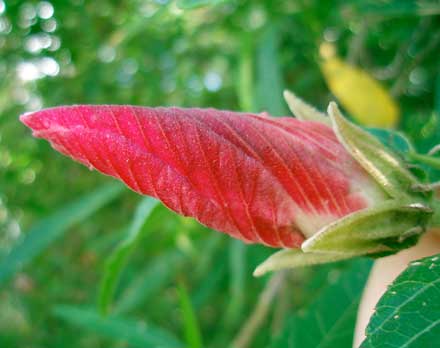 Hibiscus heterophyllus self sows readiy in areas where it is planted and can become quite thick and hedge-like, but it is easy to remove if it starts to take over. 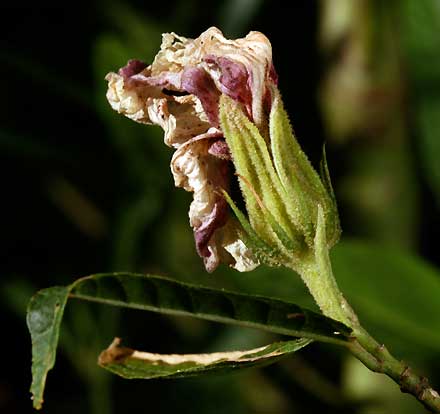 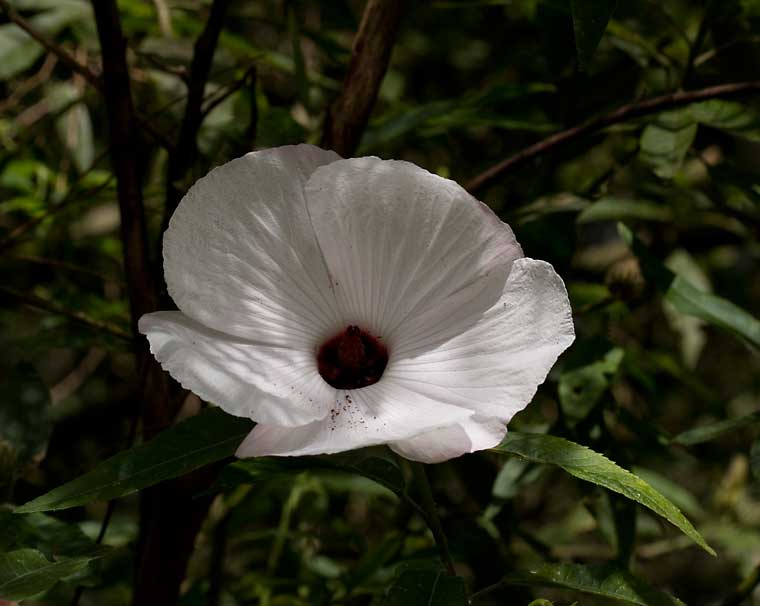 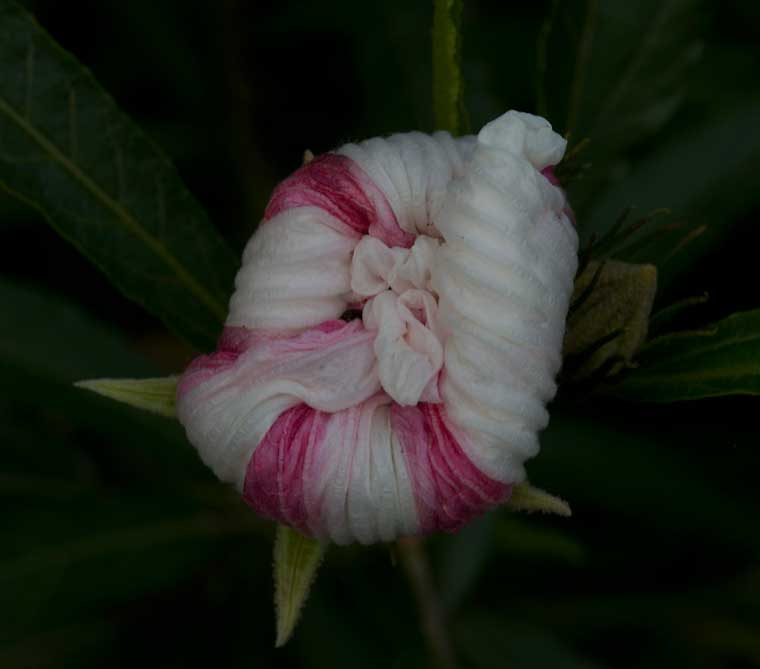