This species has been nominated as among 100 of the “World’s Worst” invaders by the Global Invasive Species Database. Occurs in wet habitats between sea level and 1,700 m. Will readily grow in semi and full shade beneath canopy.

It is beginning to appear throughout subtropical rainforest areas and is a weed on the ascendance — one that should be stopped at all costs.

Small seedlings can be pulled out by hand. The rhizomes should also be removed. Removing the flower heads does not kill the plant but does slow down its spread. 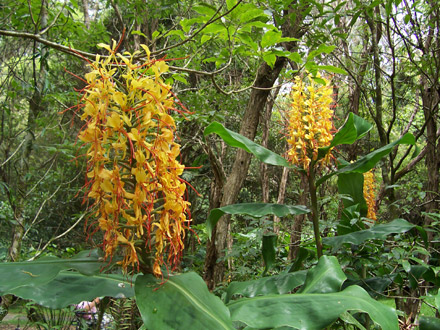