Common Ivy or English Ivy is reported as a weed south of Brisbane. (Potential Environmental Weeds in Australia) Weed risk low, not common.

English Ivy is a woody, evergreen climber to 20m widely grown as an ornamental on walls and fences and as a ground cover. 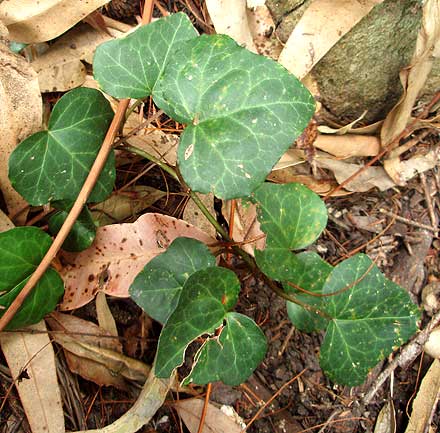 Native to central Europe, listed as a weed in the United States, recognised as a serious environmental weed in several States of Australia. It has naturalised throughout southeastern Australia. It has invaded dry and wet sclerophyll forests, woodlands, riparian vegetation, rocky outcrops and warm temperate rainforest.

Competes vigorously with native plant species and can dominate understorey vegetation and smother trees and shrubs. 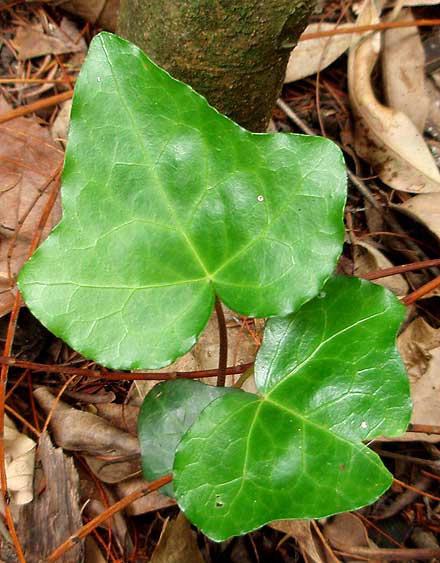