Found in warmer rainforest from the coast to the ranges, often in regrowth. Hardy, common, widespread. An important local species, food for birds and insects.

Pronounced “ghee-O-a” after J. Guio an 18th century Spanish painter of plants who illustrated botanical books; semiglauca from Latin semi (half) and glaucus (covered with a fine bloom of the colour of a cabbage leaf), referring to the under surface of the leaflets. 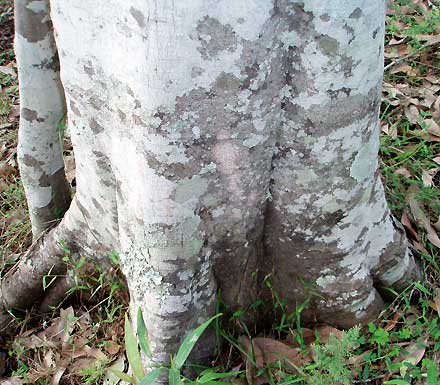 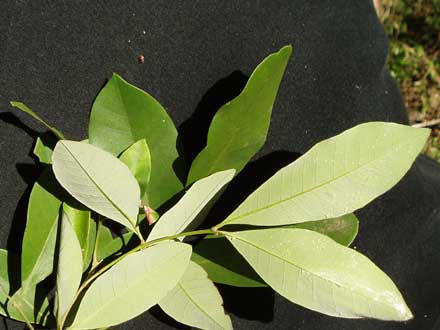 Flowers are small white/yellowish/green in dense bunches in leaf axils or branchlet ends from September-November. 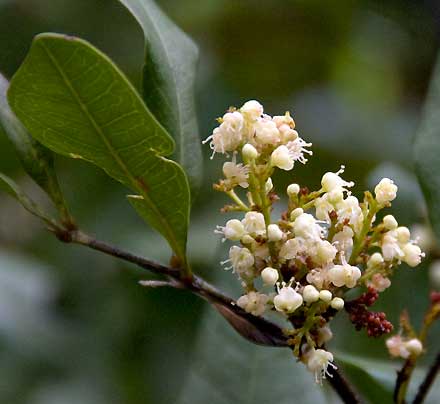 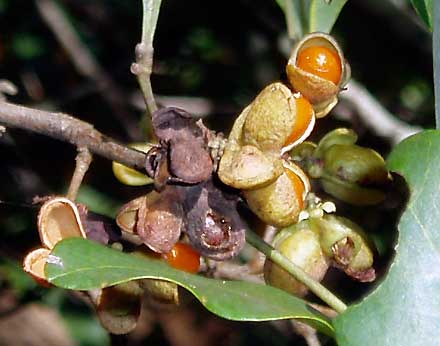 A good habitat tree as fruit is eaten by many birds. As in many Sapinds, the bark was used by Aborigines to stun fish (contains saponin). 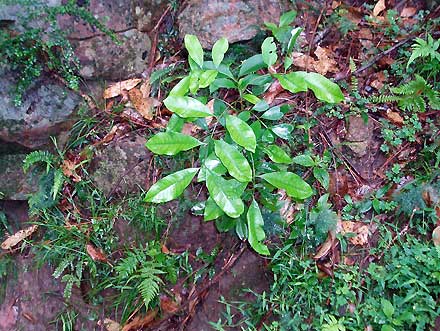 It would be normal to see specimens of all ages along creekbanks where good quality dry rainforest habitat remains intact. Even degraded, partially cleared creekbanks should show signs of Guioa in regrowth. 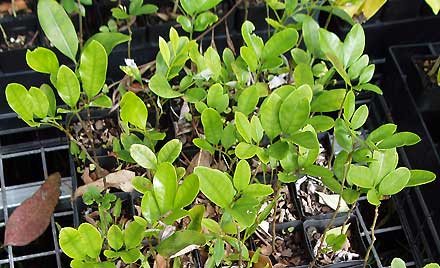