Thanks to everyone who helped out at the Yoorala Street planting on 9 July. SOWN president Renée McGlashan said more than 100 community members volunteered to plant 3,000 native species.

“Thank you to everyone who came along. We were pleased that newly elected Member for Ryan, Elizabeth Watson-Brown, was able to see our community in The Gap. It went so well we planted 3,000 plants in only one hour,” Renée said.

Renée thanked partners BCC’s Habitat Brisbane program and Healthy Land and Water through the Australia Government’s National Landcare Program. A big thanks to the Ashgrove-The Gap Lions Club for the sausage sizzle and the Coffee Box for coming along on the day.

The photos below tell the story of a day that was great fun and a huge boost for our local environment. Thanks to photographers Lou Bennett, Ed Bennett and Anne Jones. 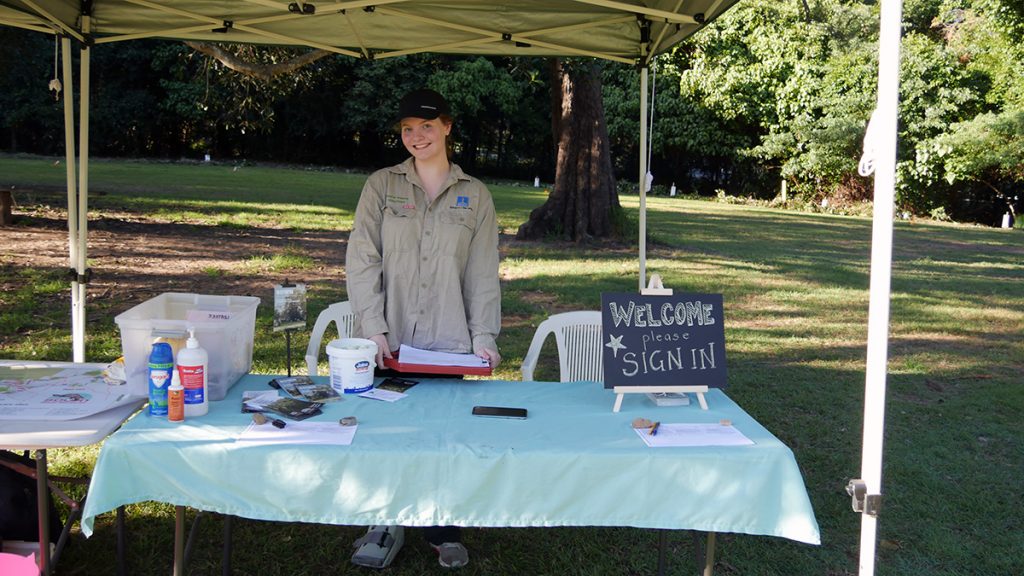 Before you start, don’t forget to sign on with Charlotte Bennett. More than 100 people pitched in to help plant 3000 plants. 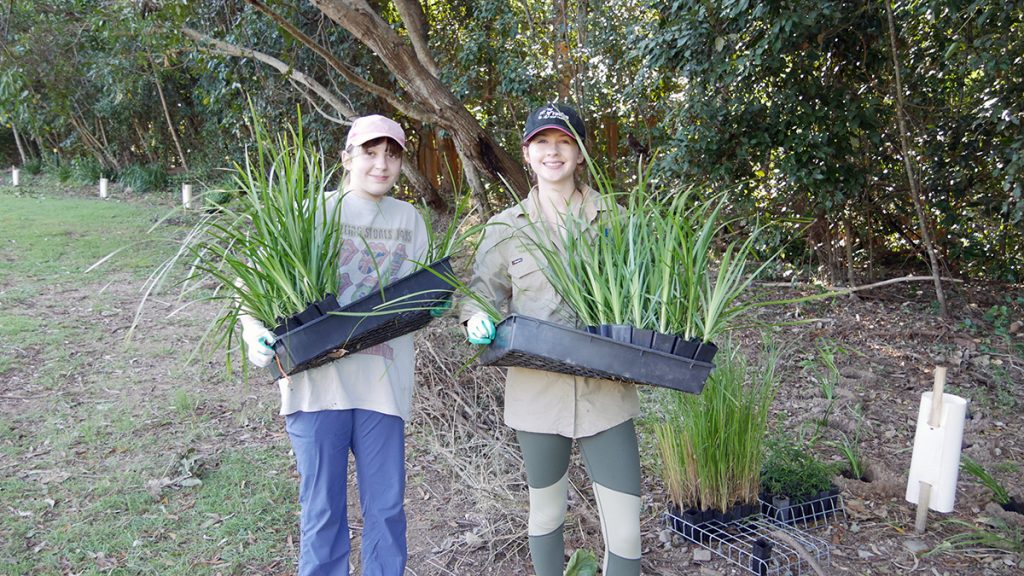 Putting out the plants were Amelia and Charlotte Hovey. 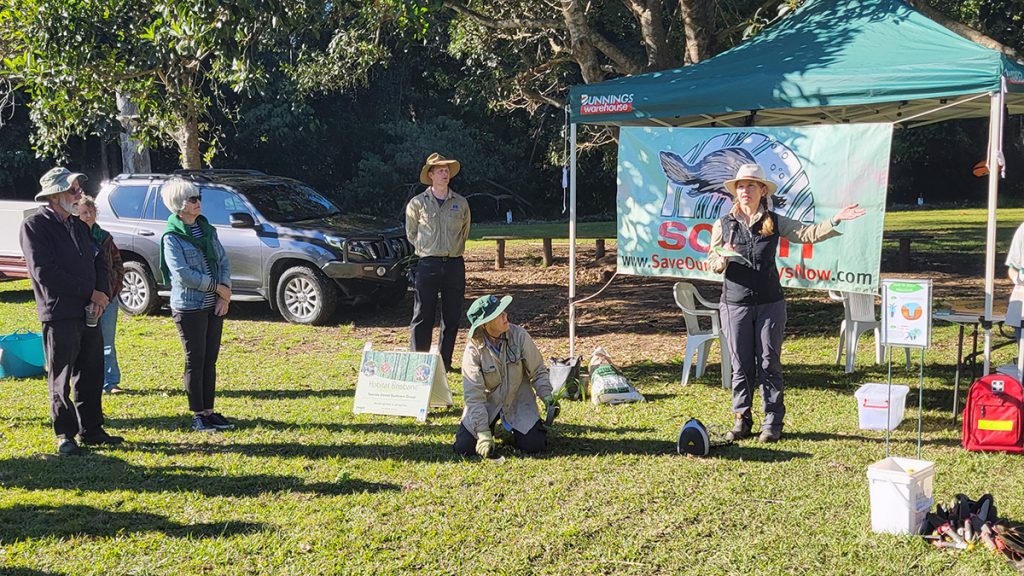 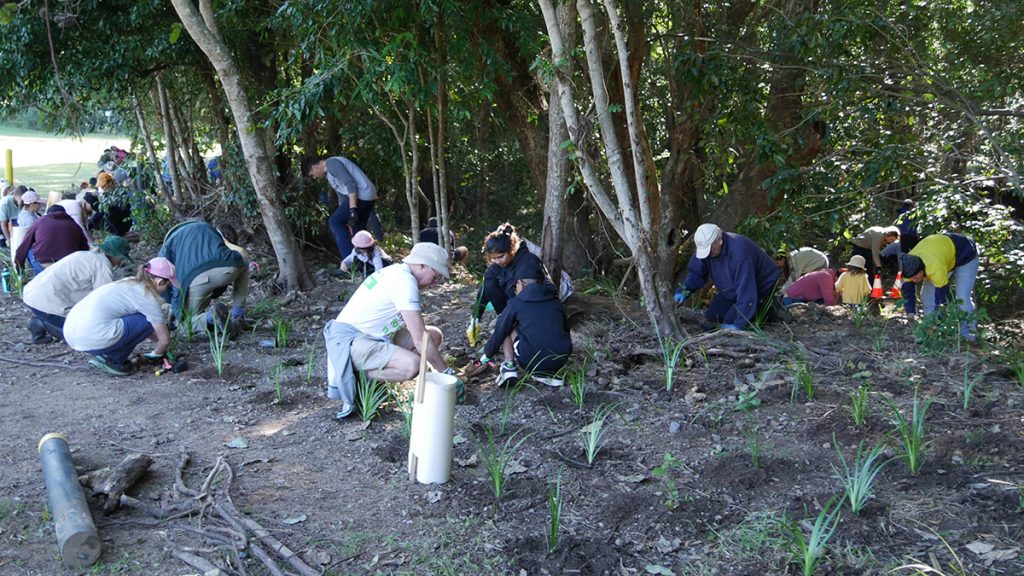 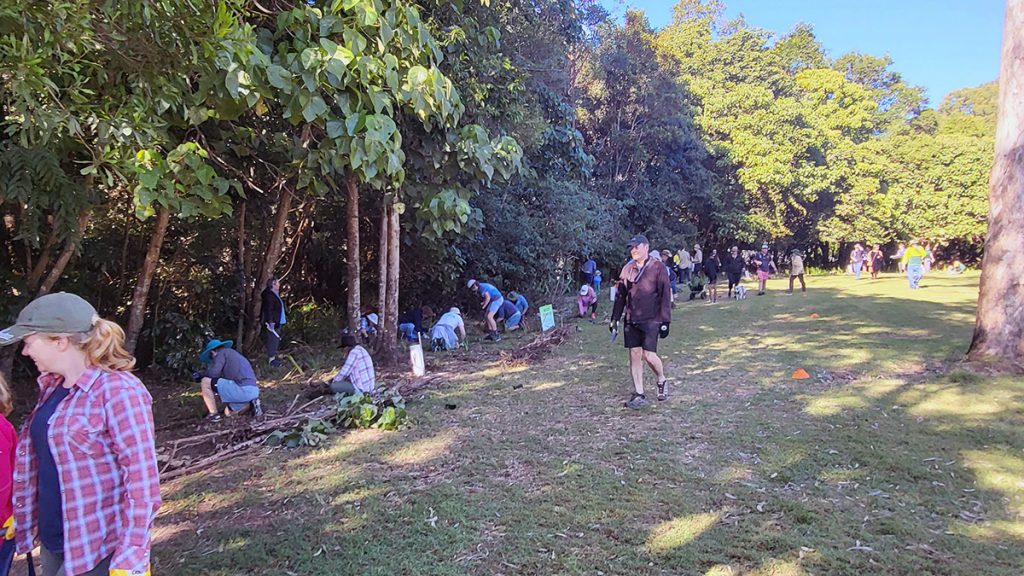 The planting extended about 300 metres along the creek about 2 metres wide. 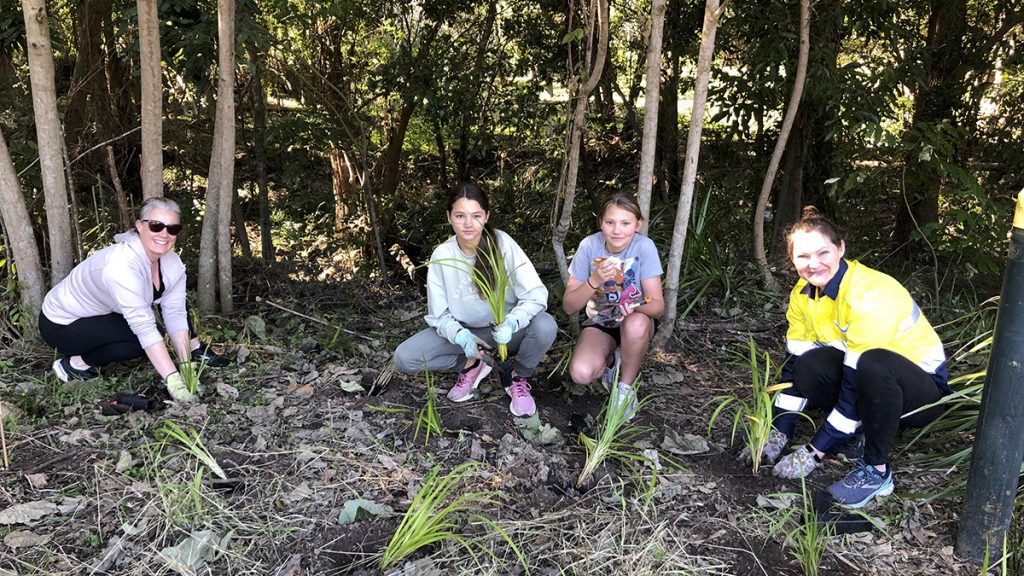 Those lomandras are huge. They will love the moist rich soil. 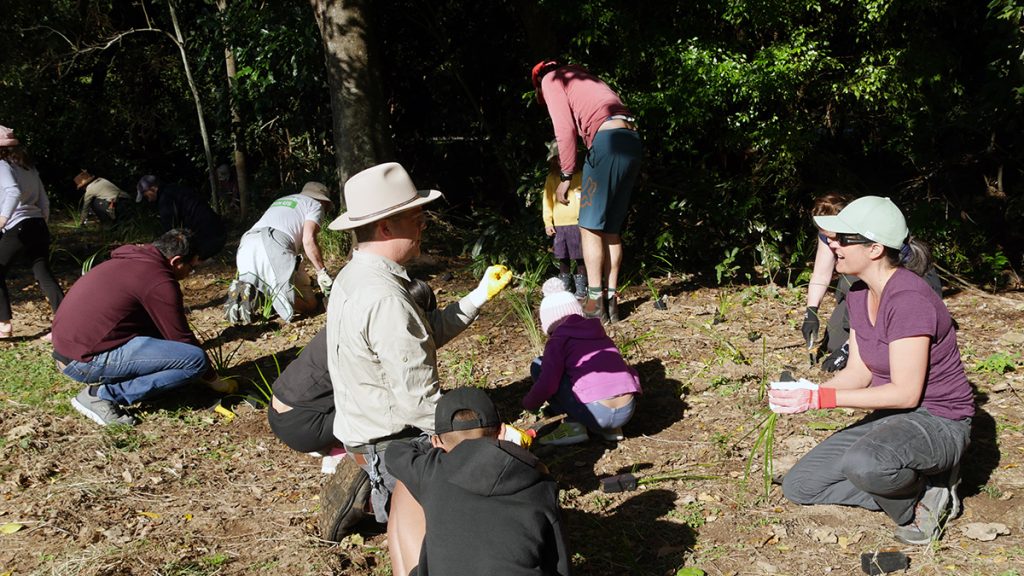 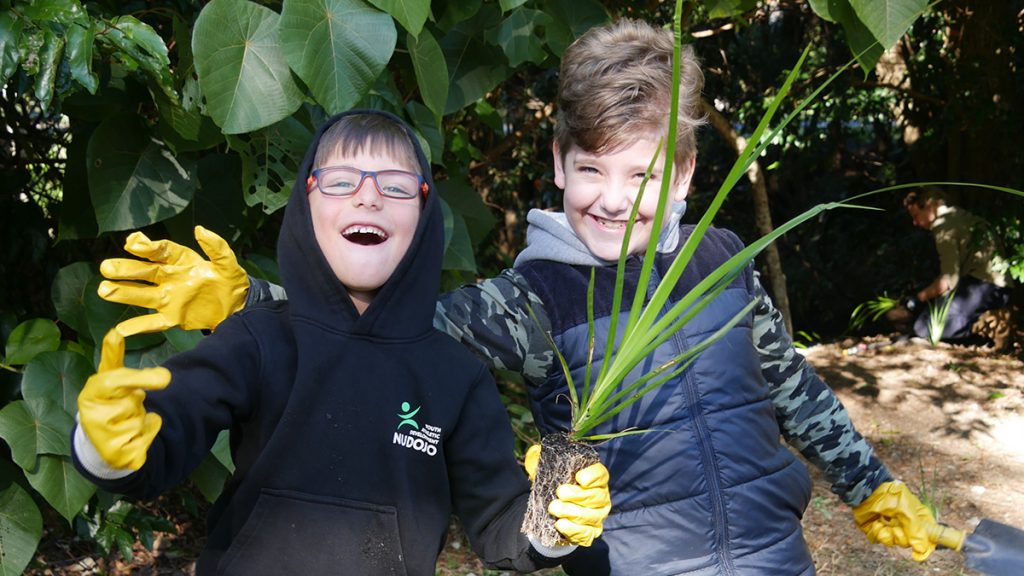 Don’t forget to have fun. 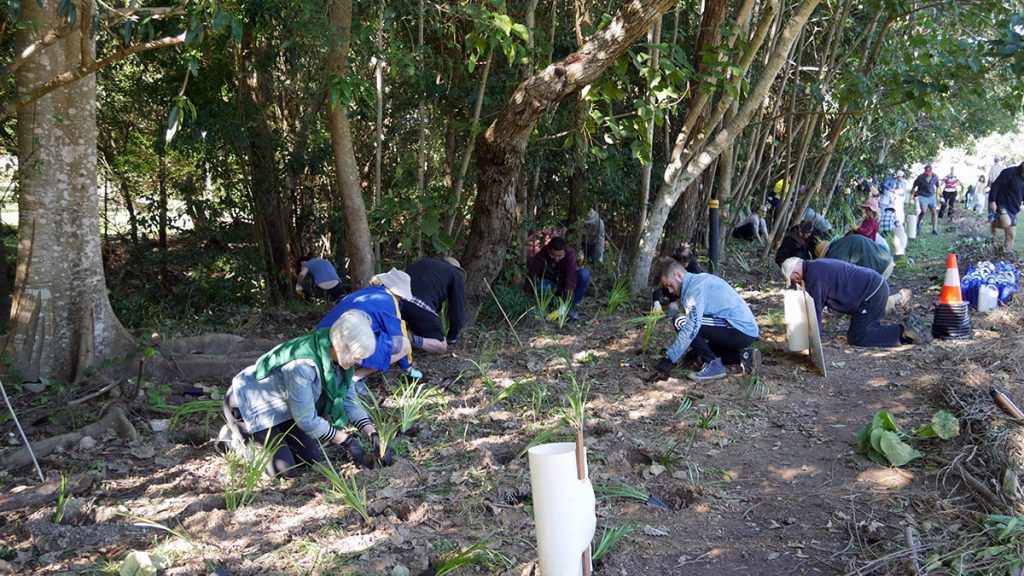 Local Federal Member of Parliament Elizabeth Watson-Brown (in foreground) joined in the planting. 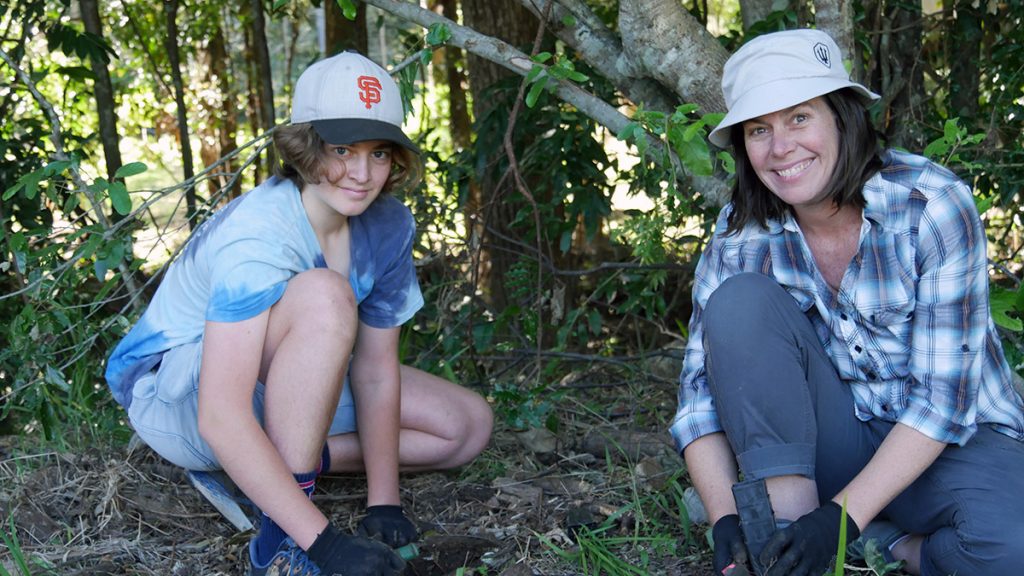 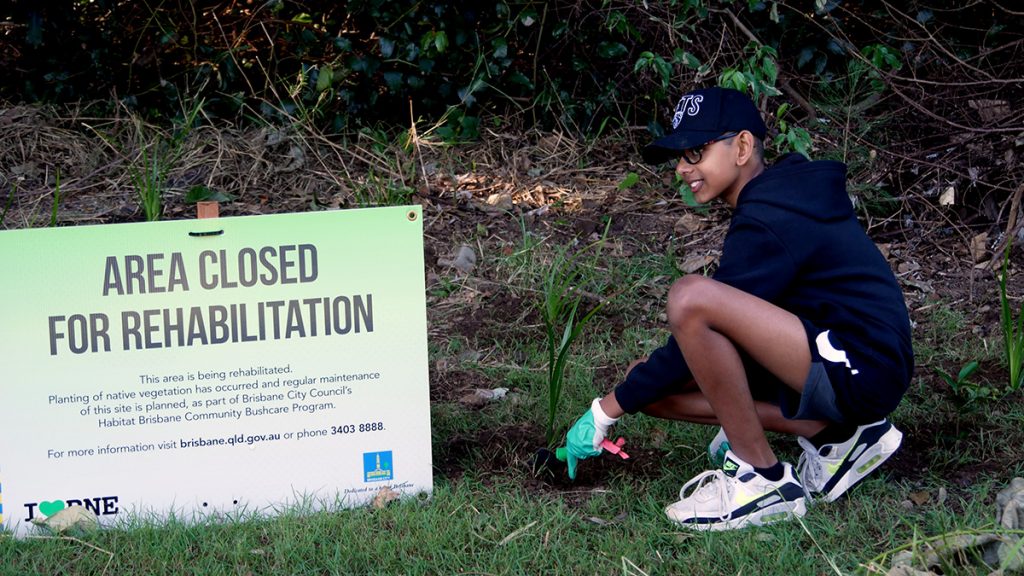 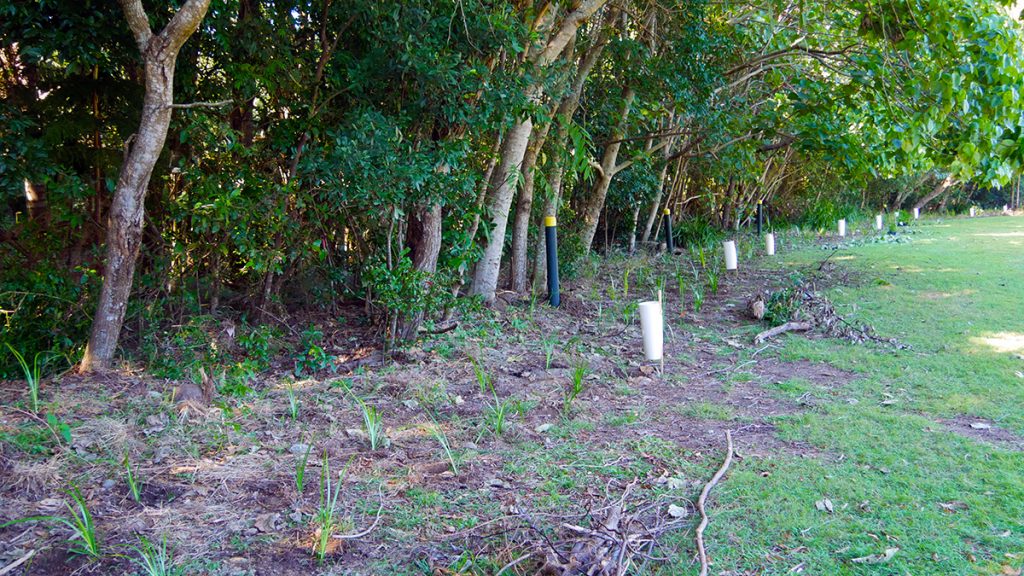 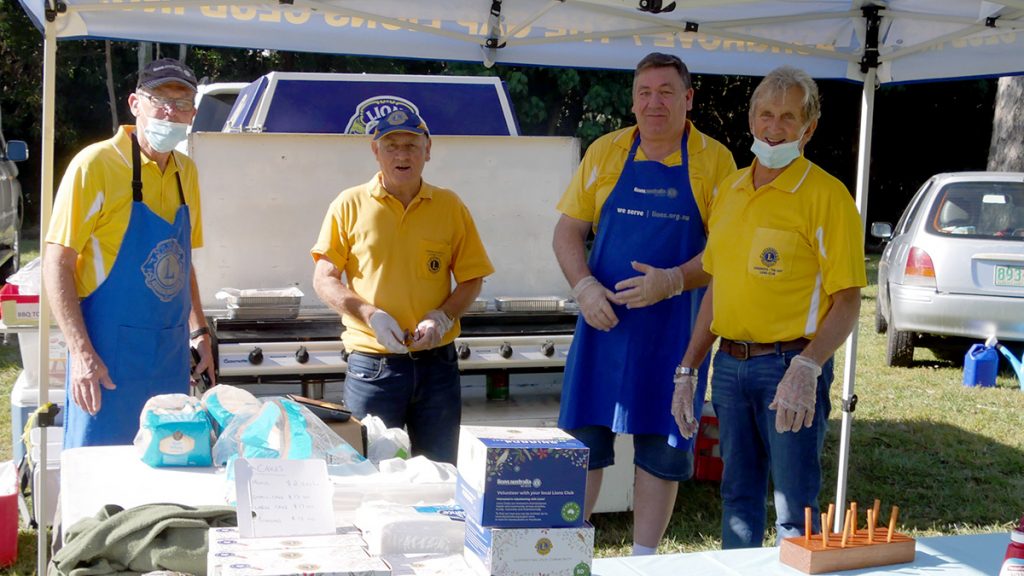 Local Lions Club members get ready for the sausage sizzle. 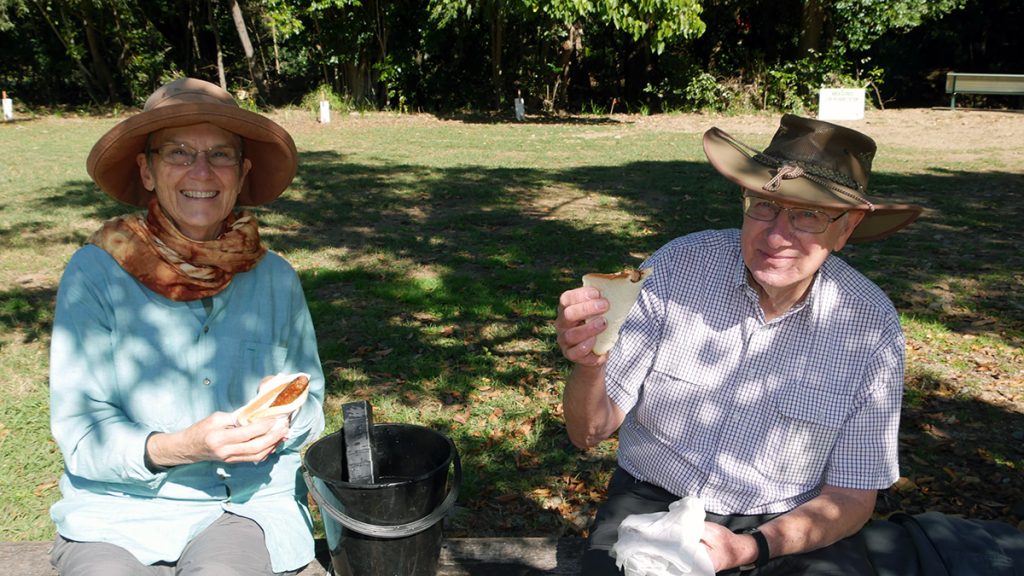 Those sausages taste pretty good after a morning’s work. 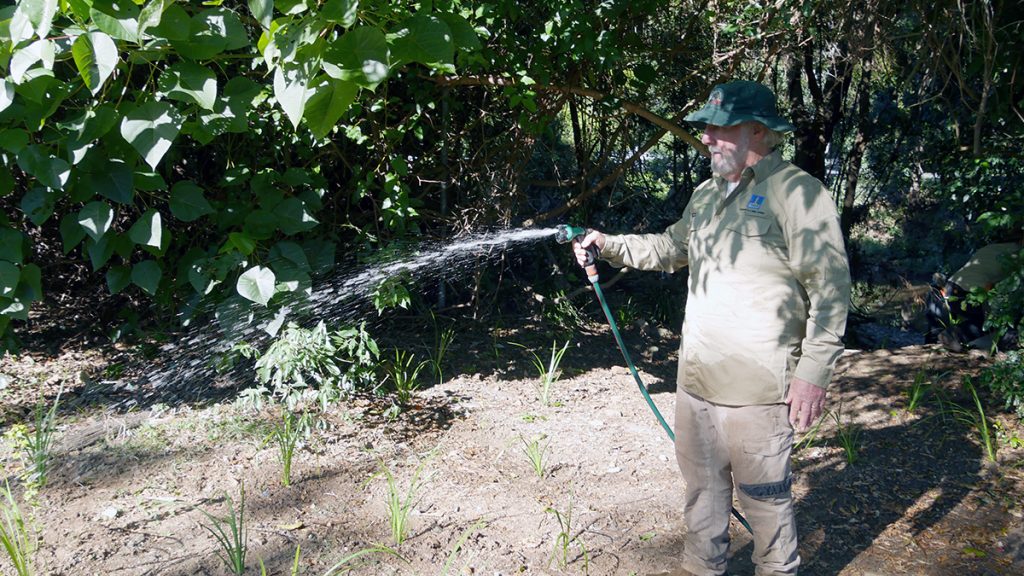 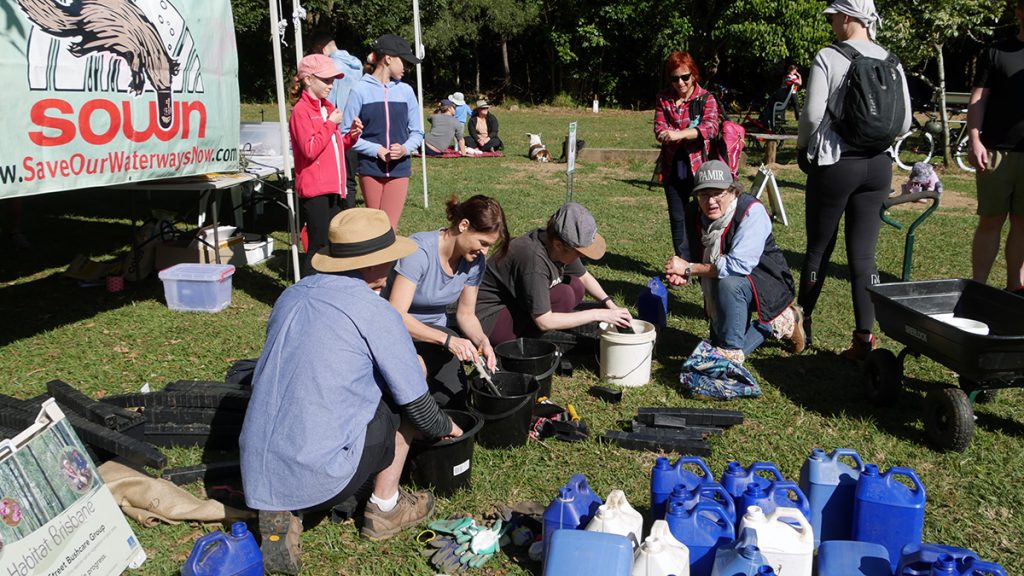 Washing out the pots. 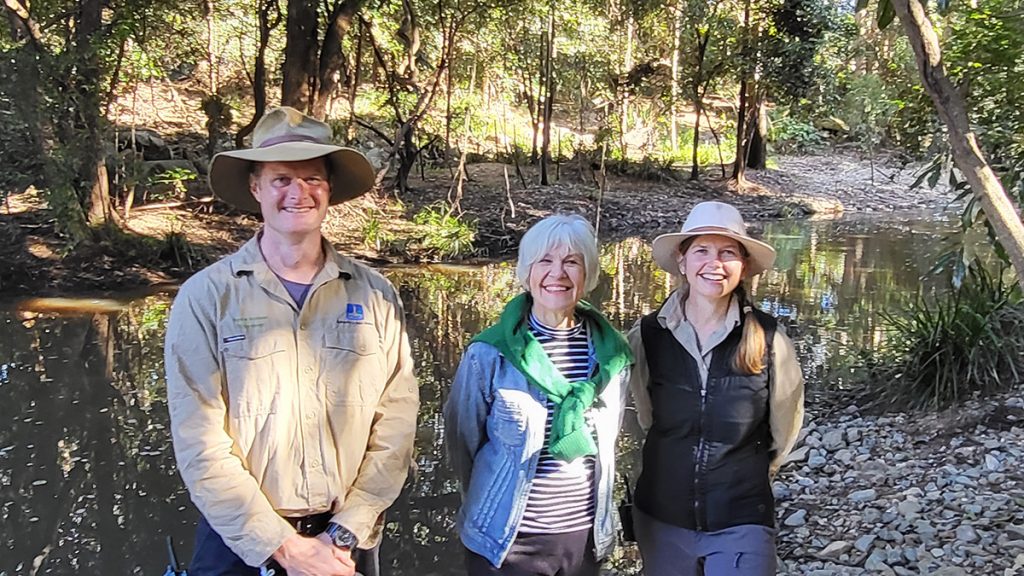