On Saturday 12 July 2008 members of Save Our Waterways Now and Cubberla Witton catchment groups combined to plant local native species on the grounds of the residence of the Queensland Governor in Paddington. The planting was followed by a tour of the grounds and morning tea. 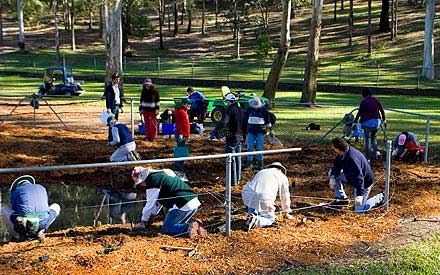 The site was on the south-east boundary. Weeds were removed and the site mulched prior to planting. 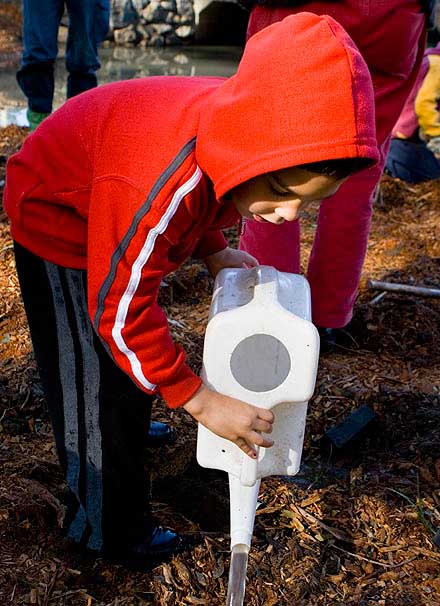 Watering in the plants 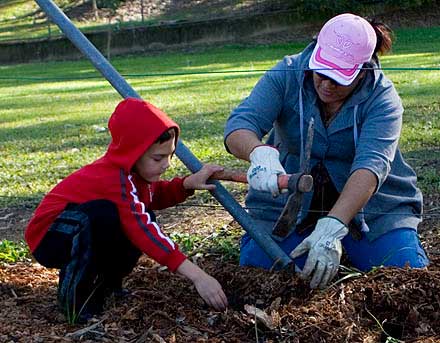 Representatives of Queensland Water and Land Carers were involved in the day’s events. 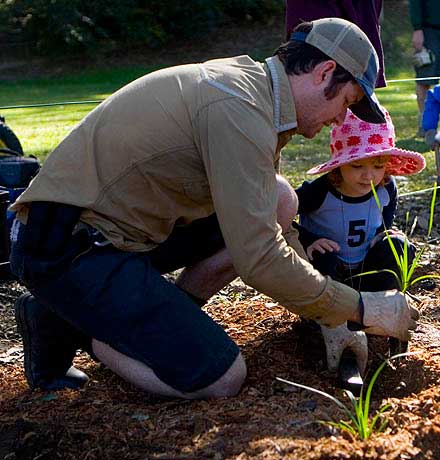 The planting is intended to create a natural creekside habitat. 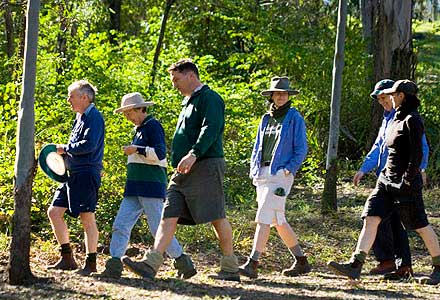 The tour of the site include sightings of the resident Bush Stone Curlew and many remnant dry rainforest plant species. 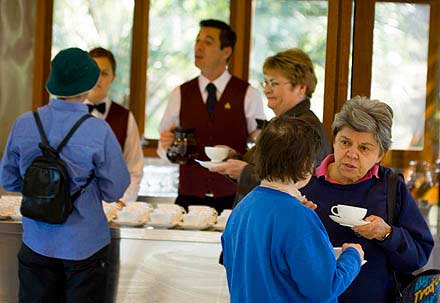 Morning tea was held at the Pavilion. Many thanks to Government House for the warm hospitality enjoyed by the volunteers.