Glochidion from Greek glchin or glchis projecting point, barb of an arrow, referring to the toothed style of some species, ferdinandi after Ferdinand Jakob Heinrich von Mueller (1825 – 1896).

Leaves are elliptical to oblong- elliptical, sometimes slightly unequal-sided at the base and curled to one side – a distinctive feature possibly caused by insect damage.

The leaf blade is soft and thin, green and glossy above, paler below and sometimes softly hairy.

The leaves are very variable, making identification difficult. Juvenile plants and coppicing shoots can have much larger leaves. 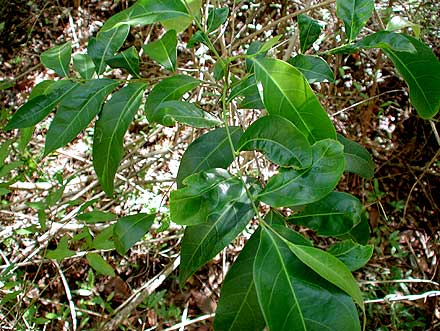 The fruit can be white, cream, pale green and orange to red when ripe. They are roundish, ribbed, resembling miniature Queensland Blue pumpkins (not really resembling cheeses).

The seeds are bright red and are attractive to birds. 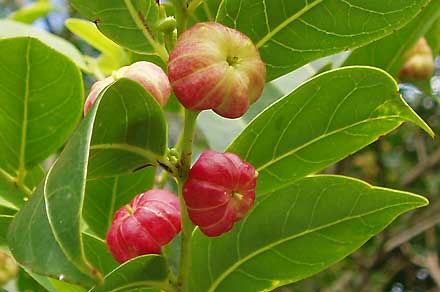 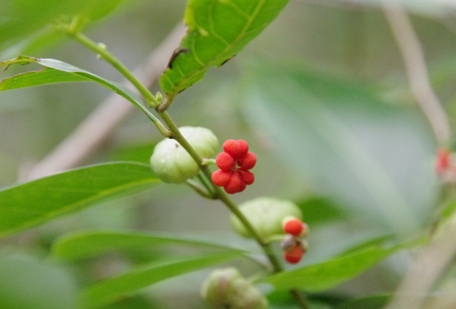