← Gahnia sieberiana (CYPERACEAE) Red-fruited Saw Sedge Flindersia australis (RUTACEAE) Crow's ash, Australian teak →
Clumping sedge to 1 metre with long and narrow leaves, rough to the touch. Common in Eastern Australia along the Great Dividing Range from the south coast of NSW to northern Queensland in a variety of habitat including rainforest.

Deserves to be grown more in gardens and revegetations as a substitute for lomandra. Hard, even drought tolerant, in most conditions, though it prefers moist soils to get established.

Fruit is a dark reddish-brown nut 5 mm in length. 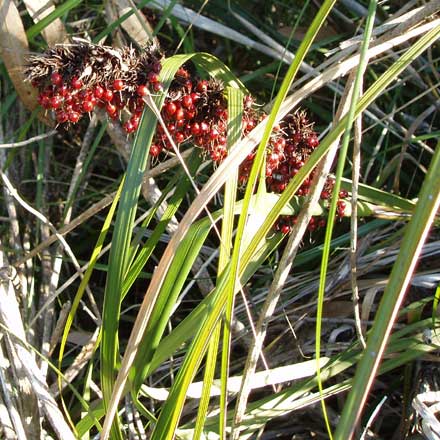 Propagation is difficult and takes up to 18 months with masses of seed in a box with only side draining (no holes in the bottom), to simulate swampy conditions. Keep adding seed at intervals for successive germinations.

Attracts birds such as brush turkeys by colour and movement of the seed in the wind – the relatively indigestible fruit passes whole through the bird’s system. 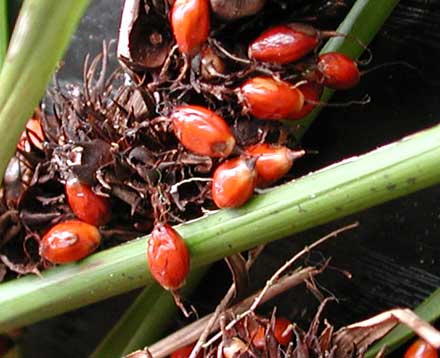