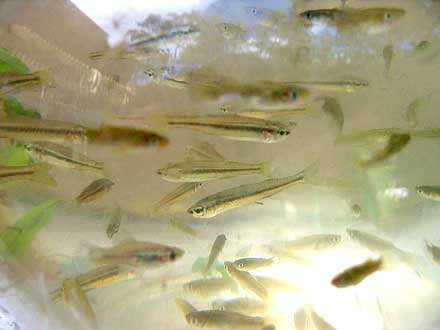 The Flyspecked Hardyhead has a slender body covered with black dots. This pattern gave rise to the common name (and the scientific name). The fish is golden yellow to deep green above, changing to white below. A dusky to silver stripe runs from the snout to the caudal peduncle.

This species is endemic to (only found in) Australia. It has a widespread distribution in some freshwater streams in the Northern Territory, Queensland, New South Wales and Victoria. In recent years it has become rare in the Murray-Darling River system of New South Wales and Victoria, although is still common in the northern parts of its distribution.