A valuable plant for wildlife and habitat. Like all figs it requires pollination by a particular wasp species to set seed. This actually occurs fairly readily as fig seedlings are a common site in walls, cracks, crevices and buildings in urban areas of cities.

Known as damun (“tam-mun”) to the local Eora and Darug inhabitants of the Sydney basin.

May form aerial roots which strike root upon reaching to the ground, forming secondary root systems. This process is known as banyaning

It is pollinated by a symbiotic relationship with a wasp species (Pleistodontes imperialis). 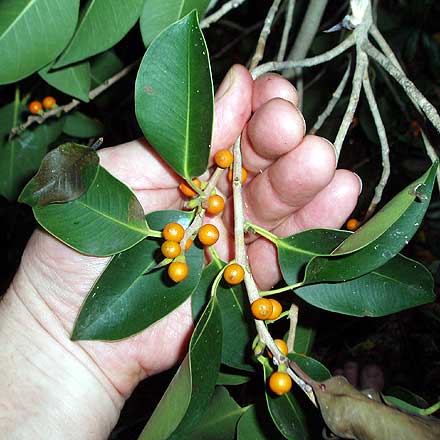