In 2013 SOWN was successful in gaining project funding under the State Government’s ‘Everyone’s Environment’ grants.

The Everyone’s Ithaca project aims to link and improve existing bush care sites along Ithaca Creek through both contractor work and community participation. As part of the Everyone’s Ithaca project, SOWN will use best practice restoration techniques to improve habitat for wildlife, reduce sedimentation & erosion and promote resistance to weed invasion by weed removal and planting of locally native plants.

Everyone’s Ithaca also aims to increase the number and capacity of landholders who are actively involved in restoring the creek, as well as supporting bush care groups and strengthening partnerships with local schools, businesses and the community. 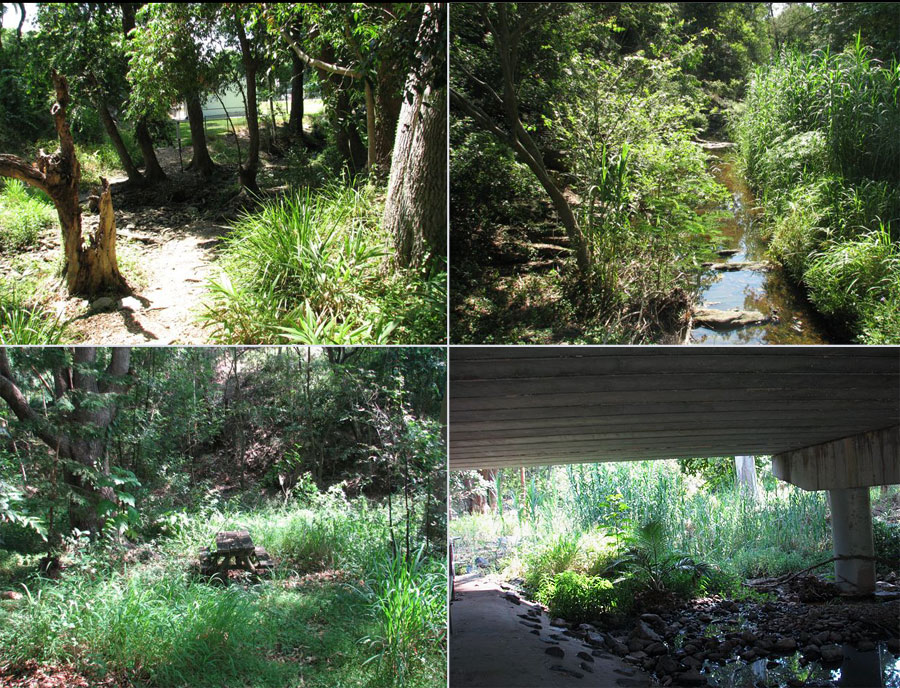 Our Ithaca Creek could do with some TLC. Imagine these elephant grass free!

Photographs & assessments of the target sites have been recorded and a creek crawl, recording current conditions along Upper Ithaca Creek has been carried out for future reference. Contractors have been engaged and are due to start work from February onwards.

The selected Brisbane City Council – Habitat Brisbane sites for work will be located in the upper reaches of Ithaca Creek between Purtell Park to near the bridge on Cooper’s Camp Road and comprise:

Much of the work involves targeted sweeps of small weed trees, elephant grass and vines including Madiera Vine and Cats Claw Creeper. Mulch will be spread on selected areas for infill plantings organised with the community. 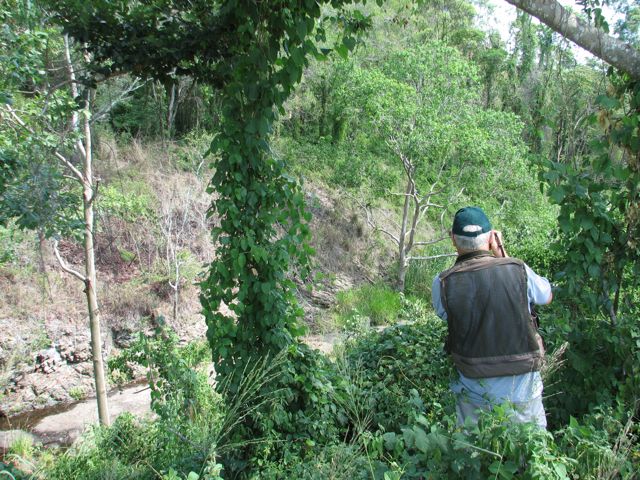 Leo Lee stars in ‘Valley of the Weeds’…

SOWN has several big community events in the pipeline for this year. Beginning with a Clean Up Australia Day planting on March 2, which coincides with SOWN’s 20th anniversary celebrations in Bowman Park.

Corporate days and school and community plantings will be organised to follow on from initial contract work. These will culminate in a community festival in Jubilee Park to celebrate the completion of the project and World Environment Day in early June.