Every Pocket of Rainforest Matters

← NEWS ARCHIVE SOWN Finalises Catchment Plan →
Rainforest covers only three per cent of the area of Australia but it provides habitat to 50 per cent of species in Australia according to Dr Carla Catterall, Emeritus Professor of Environmental Sciences at Griffith University.

Along with Dr Sandy Pollock, Senior Ecologist at Queensland Herbarium, Carla made a compelling case for revegetating The Gap Rainforest when she spoke to SOWN members in late October.

Carla spoke about the importance of riparian rainforests in Brisbane and the ways they can be restored. She said rainforest shade and litter are better than eucalypts at supressing problematic grasses and weeds. “Strategically it’s a good idea to plant rainforest in Brisbane streams,” Carla said.

Sandy spoke about the distribution of alluvial vine forests in Brisbane, structural features and paradoxes in restoration. He said rainforests or “scrubs” occur on the stream bends with steep banks. “These were called pockets, like Fig Tree Pocket,” Sandy said.

One of the largest pockets of rainforest in Brisbane was Three Mile Scrub which was located in the lower reaches of Enoggera Creek from Ashgrove to Newmarket and Kelvin Grove. Frederick Manson Bailey, Queensland’s colonial botanist from 1881-1915 made numerous trips to Three Mile Scrub to record the plant species. Bailey’s lists provide an important guide of what to plant along Enoggera Creek.

Sandy said plant species found along Enoggera Creek vary significantly from the Brisbane River. He said trees such as Creek Lilly Pilly Waterhousea floribunda which are abundant on Enoggera Creek were scarce in nearby Moggill Creek.

Here are some of his recommendations from the talk: Sandy_Pollock_plants-to-plant_20oct21 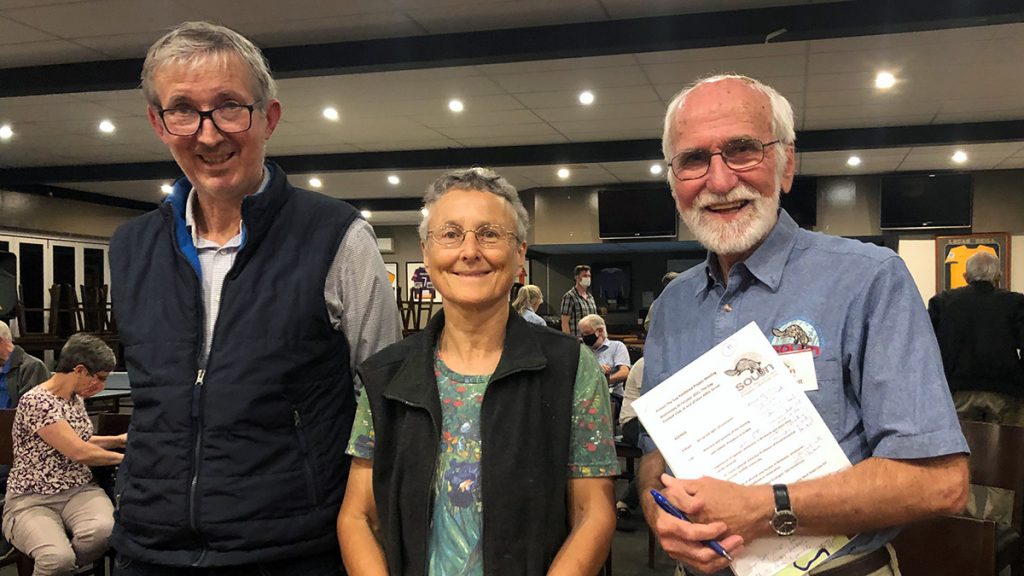