Newly naturalised in Enoggera catchment, several decent-sized populations consisting of numerous individuals from seedlings to large shrubby plants almost 2 m tall. Yet another naturalised Acanthaceae, of which there have been dozens of new naturalisations recorded recently (early 2007). Weed risk high because of the density of the clumps. 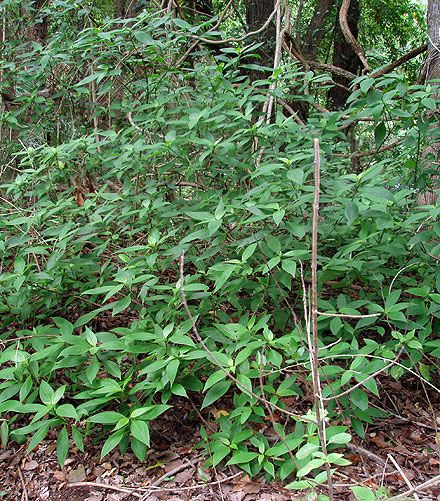 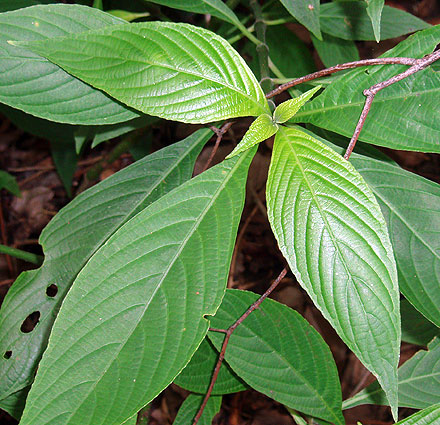 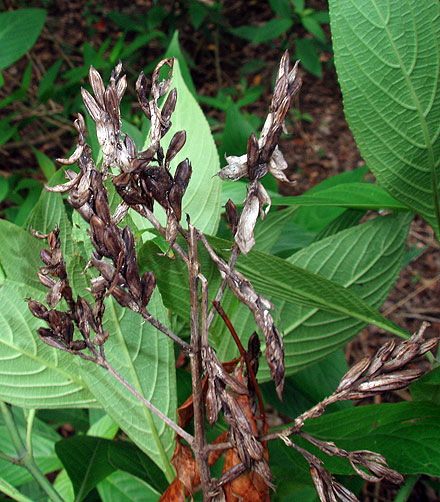