Tregellasia capito (PETROICIDAE) Pale-yellow Robin →
Small bird to 16cm long, smokey grey back, bright yellow rump, underbody, white chin. Occupies a wide range of habitats: heaths, mallee, acacia scrub, woodlands and sclerophyll forests, but is most often found in damper places or near water. Song is a succession of piping notes. Moves about quietly, remains still to avoid notice. One of the larger Australasian robins, and one of the most easily observed. 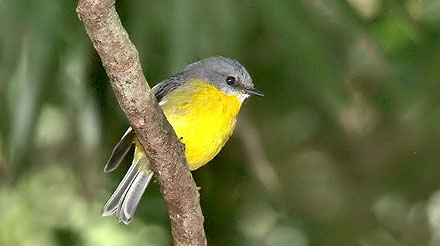 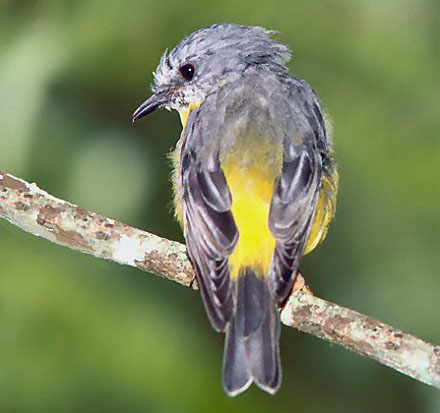 Breeding and nesting takes place between June and February, builds a cup shaped nest from paperbark, grass and twigs and binds it with spiders web, usually built in a slender fork of a tree or sapling, disguised with lichen, moss, bark, or leaves.

The bird family Petroicidae includes roughly 45 species in about 15 genera. All are endemic to Australasia or nearby areas. 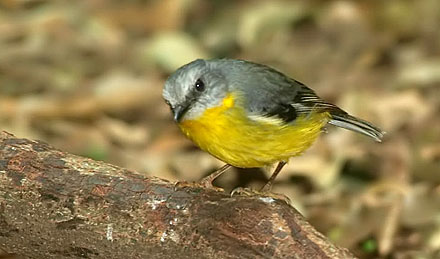