End of Cane Grass – between Quandong and Seils Parks

← Ecology and catchments in a changing climate SOWN welcomes new president at 2021 AGM →
Former and current Habitat Brisbane officers Simon Fox and Jodi Rees made short work of the two remaining clumps of Cane Grass Pennisetum purpureum between Quandong and Seils Parks at an event on 28 November 2021.

Less than 10 years ago this stretch of Enoggera Creek, had been a virtual monoculture of Cane Grass subject to erosion whenever there was heavy rain.

Habitat Brisbane group leader Chris Galbraith recounted the history of the site acknowledging the great number of people who contributed to the rehabilitation of this section of creek.

“The first person who got our thoughts going was when we moved here 20 years ago this week. On the footpath we met Trevor Ozanne who has been the historical driving force behind rehabilitation in this whole catchment area,” she said.

After starting to rehabilitate the creek bank and initially buying plants from Greening Australia, Chris visited the SOWN Nursery.

“Robert Dunne was the volunteer on duty. His enthusiasm was so enormous. He said that sounds great. I’m really interested. I’ll come and help you,” she said. Chris said Robert’s enthusiasm and the enthusiasm of all the volunteers was an inspiration.

She also acknowledged the support of Seils Park group leader Peter Browning for supporting the site as a subgroup, SOWN Nursery manager Dick Harding for encouraging an understanding of the history and plant species of Three Mile Scrub and the Habitat Brisbane program, especially Simon and Jodi. 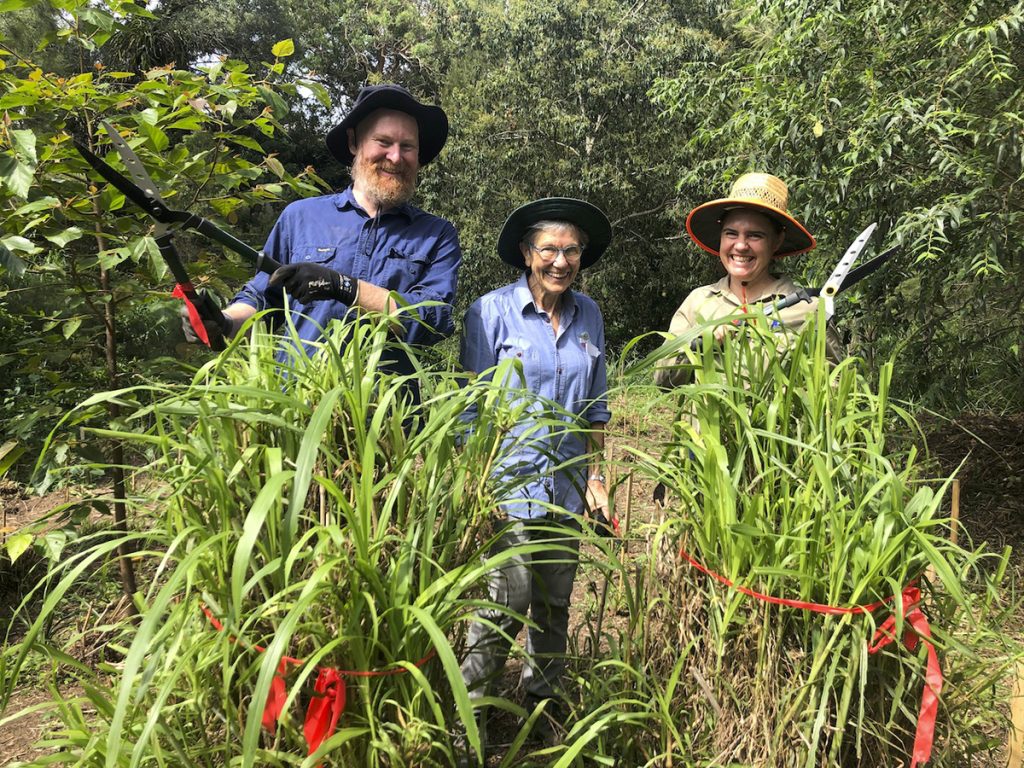