Not a shell at all, in fact an entirely separate phylum of animals, though their skeletons are collected among shells when washed up on beaches.

This phylum appeared in the early Cambrian Period and contains about 7,000 living species and 13,000 extinct ones. 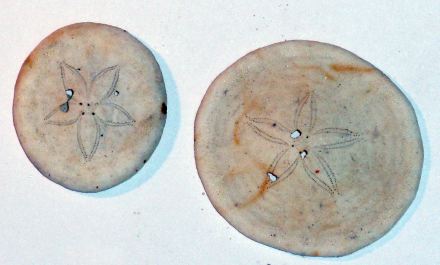 WIKIPEDIA: Echinoderms evolved from animals with bilateral symmetry; although echinoderms themselves posses radial symmetry. After the larval stage the left side of the body grows at the expense of the right side, which is eventually absorbed. The left side then grows in five parts around a central axis. All echinoderms exhibit fivefold radial symmetry in portions of their body at some stage of life, even if they have secondary bilateral symmetry. They also have a mesodermal endoskeleton made of tiny calcified plates and spines, that forms a rigid support contained within tissues of the organism. 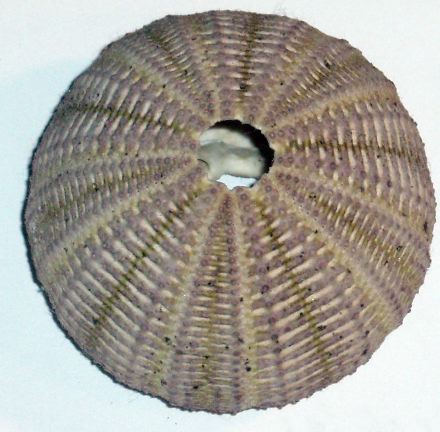