It is tolerant to a wide range of climatic conditions. It has used its adaptability to full advantage in Brisbane where it has invaded both dry mown parklands and moist riparian areas.

Dyschoriste was first reported in Brisbane in 2000 in Taringa and has rapidly spread through parts of the Enoggera and Kedron Brook catchments. The weed is thought to have spread via mowing contractors who unwittingly transport fragments of the weed from park to park, where it moves into adjacent creeks.

Dyschoriste occurs in two forms – the mown form which is prostrate and spreads by rooting at the nodes and the upright form which is usually found in creek corridors.

Along creeks it forms dense monocultures that reduce biodiversity. 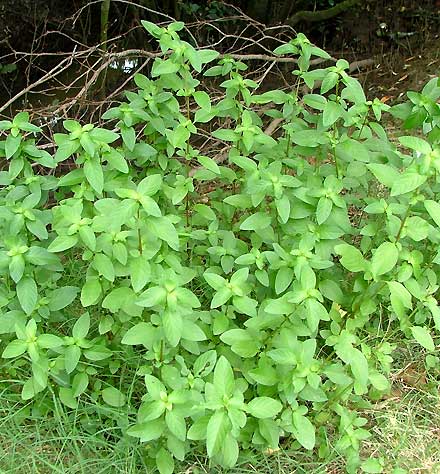 Dyschoriste can be identified by the opposite leaves with entire margins and ovate (egg shaped) leaf blade. 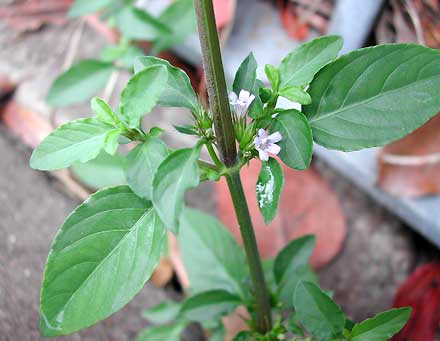 The flowers are purple or pale lilac, tubular in shape and are found in the leaf axils. Both the flower buds and seed pods feel quite spiky to touch, which is an easy way to identify the plant. 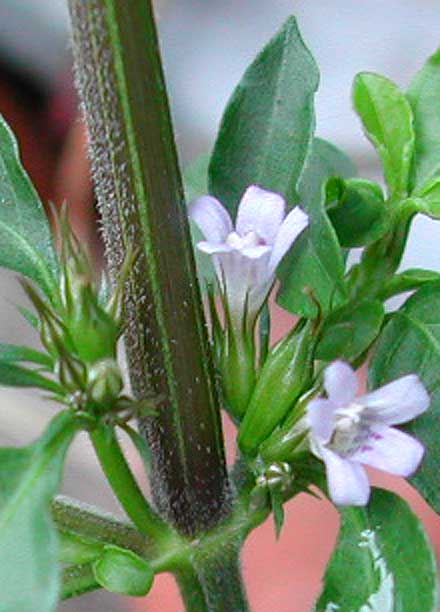