An upright to drooping shrub that sometimes takes the form of a scrambling shrub or rarely a small tree. A native of Mexico, Central America, South America to Argentina, southern Florida (possibly naturalized), Bermuda, the Bahamas, and the West Indies (Howard 1989, Liogier 1995, Little and others 1974). A problem weed found in densely forested areas along waterways. A poisonous plant which has caused deaths of children. Saponins in the fruits and foliage cause gastroenteric irritation, drowsiness, fever, nausea, vomiting, and convulsions. Not common in the catchment. Weed risk: low. (General risk due to toxicity: extreme.) Leaves (sometimes with spines at the base) are simple and opposite in pairs or in threes. Leaves mostly entire, sometimes serrated. The petiole is about 1 cm. Blue or purple flowers are tubular with lobes (petals). The lower lobes have a dark stripe. Fruit are large clusters of orange or yellow rounded drupes. 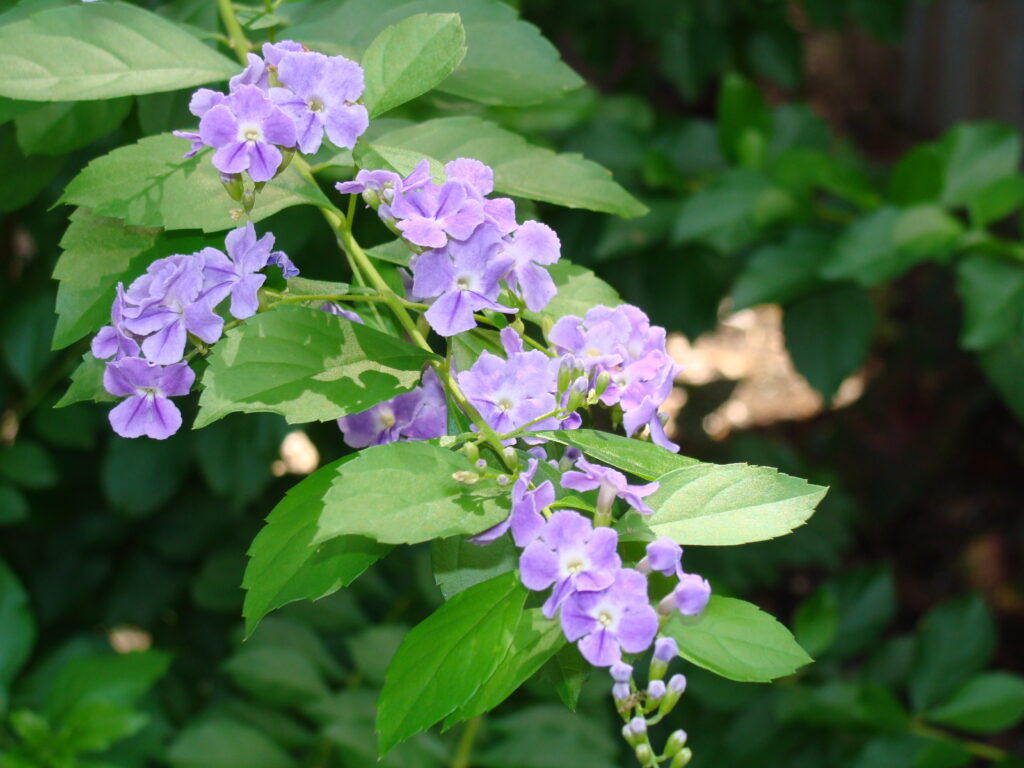