Clumping plant of erect strap like leaves to about 1 metre.

Very hardy and long-lived once established. Grows in full sun and well drained soil up to a height of 1 m and a width of 2.5 m.

Can die if mulched, prefers unmulched sites. Also suspect if it grows fast to cover an area, as subsequently it seems to die back to the extremeties of such growth. In the wild it is an occasional plant in complex grassy and rocky vine scrubs or dry eucalypt forests, although it will also do well in the upper sections of the riparian areas. 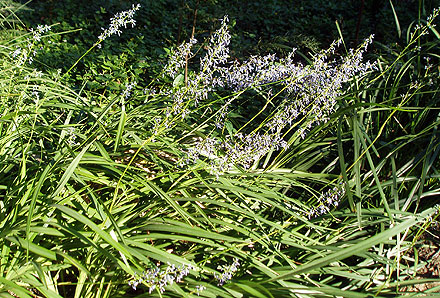 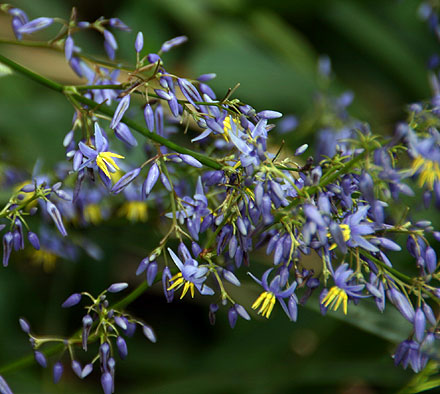 The fruit is edible, but one has to imagine that the extreme colour must have some “interesting” properties. It might be wise not to gorge oneself.

Fresh ripe seed germinates after about a month. 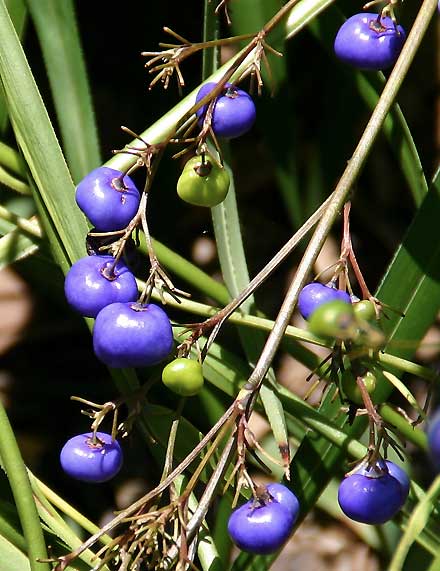 Dianella is the diminutive of Diana, the Roman goddess of hunting and queen of the woods and the original sp. was found in the woods of a French province; caerulea from Latin caeruleus, the deep blue of the Mediterranean sky at midday, referring to the colour of the berries. 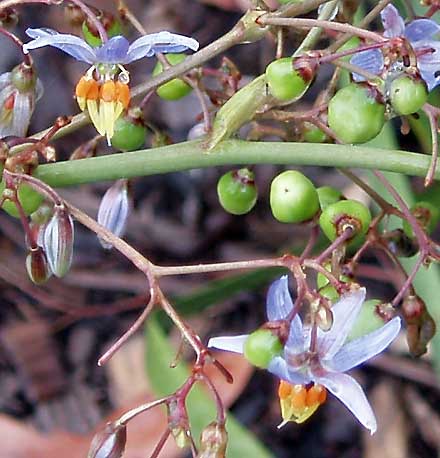 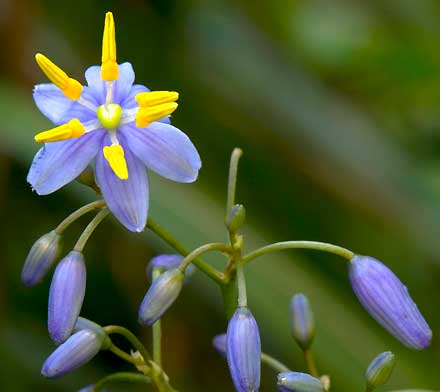