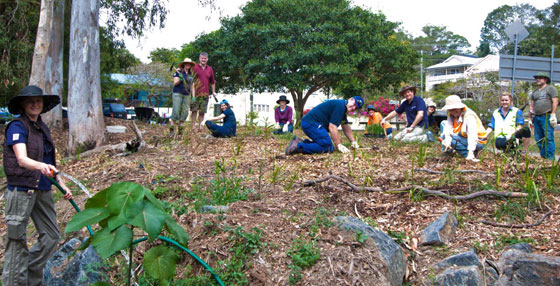 After successful clean-up and planting events at Dawn Street on Clean Up Australia Day and National Tree Day in July, corporate volunteers from Turner & Townsend carried on the site rehabilitation in a working bee at the Ithaca creek site on Friday 21 September 2012.

Although extreme heat and severe storms were predicted, the day remained calm and cloudy for the 11 volunteers who arrived, some traveling from the Gold Coast to join SOWN Director Rob Whyte and other organisers.
Turner & Townsend staff were given a crash course in weed identification and planting techniques by Rob before throwing themselves into the work. This was a first bushcare experience for many of the staff participating and the responses SOWN received on the day and after were extremely positive.

Monika Svarcova, National Systems Manager at Turner & Townsend wrote: “Our staff enjoyed themselves (although they realised that their bodies are more used to sitting in an office rather than manual work…) the weather was just perfect, Rob is truly an inspiration.”

The day was a great success. Existing plantings were thoroughly watered – they desperately needed it – and the bushcare site was extended by weeding. Over 100 more lomandra tubestock were planted after mulch was moved. 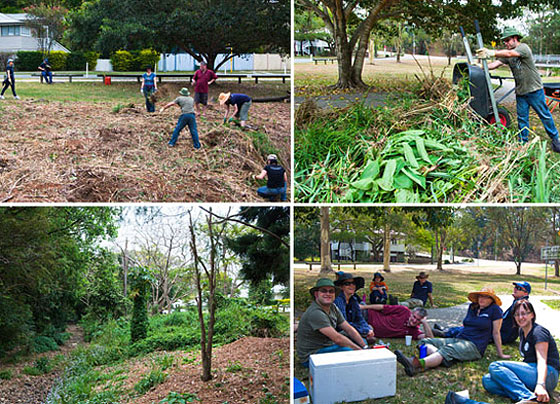