Small tree in littoral and subtropical rainforest, chiefly on the coast, north from Jervis Bay, NSW.

Recorded as growing up to 25 metres tall with a 50cm wide trunk, but is usually seen as a much smaller dense-canopied plant when seen in the wild around Brisbane. It is commonly seen in remnant and regenerating rainforest. 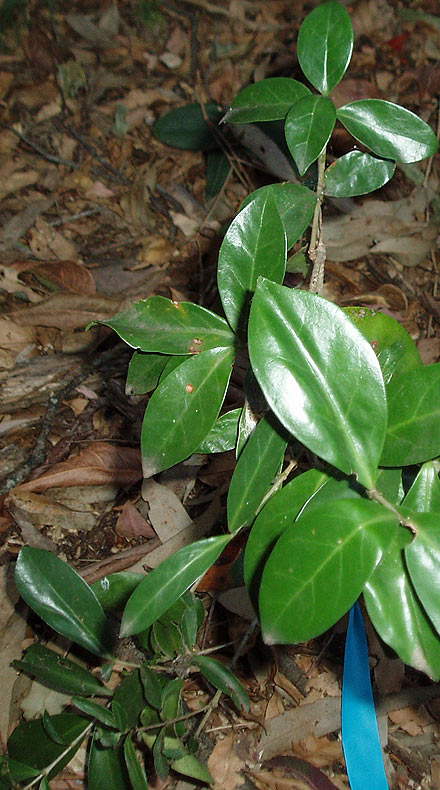 This specimen was seen at Kadanga, near Gympie. 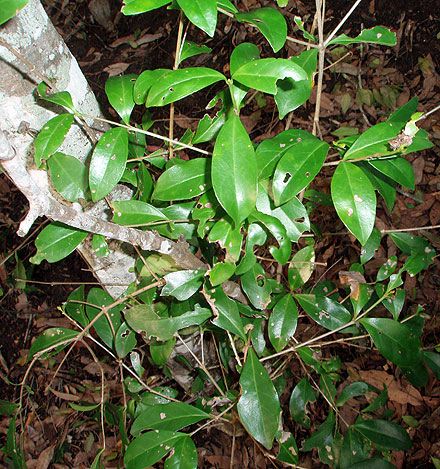 Cream, fragrant flowers which fade to golden brown with age (mainly November to February). The fruit that follow are orange/red, glossy and said to be edible. Not very palatable.

Slow growing, yet quite a tough plant that can handle a variety of conditions once established in the garden.

This specimen was photographed near Obi Obi Creek, near Kenilworth.

This plant was previously known as Canthium coprosmoidesin some quarters. That genus name was derived from the Malay word ‘canti’, which was the name given to a tree in Malacca which was the first described species of the genus.

The old species name was derived from Coprosma, a shrub with similar leaves, and the Greek ‘eidos’, resembling, in reference to this canthium’s similarity to the shrub Coprosma. 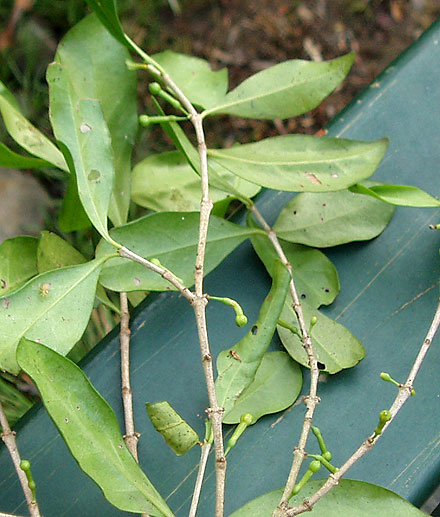