← Cyperus eragrostis (CYPERACEAE) Nutsedge Ctenanthe spp (MARANTACEAE) Ctenanthe →
Cuphea hyssopifolia Mexican heather is a plant in the Loosestrife family. It has been identified as naturalised by two specimens about 20 metres apart at Walton Bridge Reserve, just upstream from the new bridge, in the flood-prone area.

A small tropical evergreen sub-shrub with compact form and fine textured foliage to about 60 cm. Native to a region extending from Mexico south into Guatemala.

Tiny flowers emerge from the leaf axils for much of the year. Colours range from purple and lavender to the less frequently seen white, pink and deep rose. 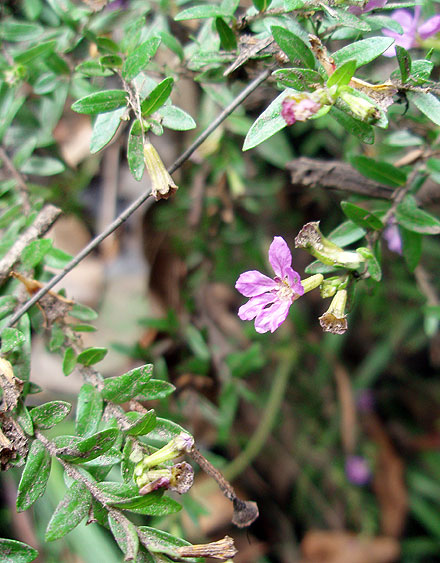 This specimen was found on a “creek crawl” as part of the surveying of Ithaca Creek, undertaken at the beginning of the Ithaca Intact project, early 2007. 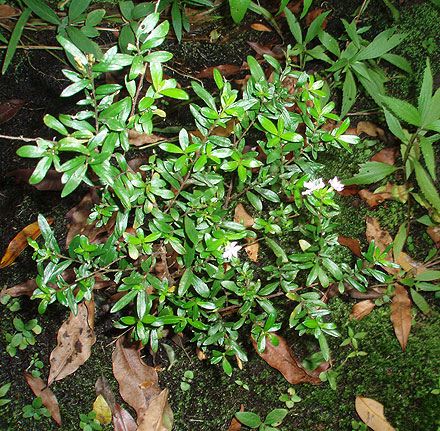