← Crotalaria pallida var. obovata FABACEAE Streaked rattlepod Crocosmia crocosmiiflora (IRIDACEAE) Emberglow, Montbretia →
Native to India, Crotalaria grahamiana is a weed of urban creeks especially where farms were previously the land use. Crotalarias are one of many nitrogen fixing legumes used as green manure and in restoring low fertility soils. Not common in the catchment. Weed risk: low.

Leaves are 5-7 foliolate, palmate. Leaflets obovate to narrow-obovate, up to 9 cm long. The upper surface is hairless and minutely stippled, lower surface densely hairy. The leaf stalk (petiole) to around 80 mm long.

Crotalaria species are used as food plants by the larvae of some Lepidoptera species including Endoclita sericeus and Utetheisa ornatrix. 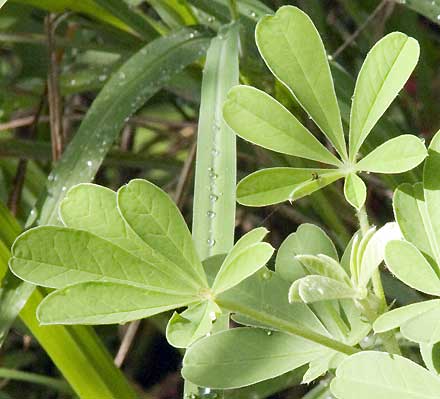 Flowers in racemes up to 20 cm long. Flower stalks to 15mm long. The flowers have leafy bracts. The corolla is yellow with wings longer than keel which is incurved at middle. The flowers have a beak, twisted at apex. Pod glabrous, to 60 mm long, seeds to 6 mm, brownish. 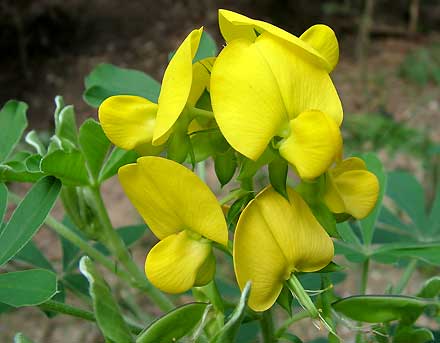