← Crotalaria grahamiana (FABACEAE) Rattlepod Crassocephalum crepidioides (ASTERACEAE) Thickhead →
Crocosmia are perennial plants of the Iridaceae< family, which are plants with bullbs. This plant is not known to be naturalised. Weed risk: low. Wikipedia describes Iridaceae as follows:

“Iridaceae is a family of plants in order Asparagales, taking its name from the Irises. It includes a number of other well known cultivated plants, such as the Freesia and the Crocus.

“Members of this family are perennials, with a bulb, corm or rhizome. The plants grow erect, and have leaves that are generally grass-like, with a sharp central fold.

“Up to 80 genera have been recognised in the family, with a total of around 1500 species, world wide. The Afrotropic ecozone, and in particular South Africa, have the greatest diversity of genera.

“The spice saffron comes from the stigma of the saffron crocus, Crocus sativus.” 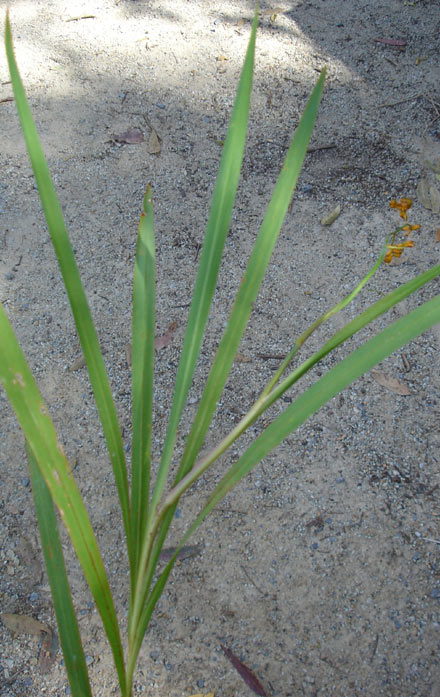 Crocosmias are come in a range of colours from yellow through oranges to red. The old name, Montbretia comes from the French botanist de Montbret.

Crocosmia comes from the Greek krokos, meaning saffron, and osme meaning smell. Generally, the dried flowers will give off a saffron -like smell when put in water. 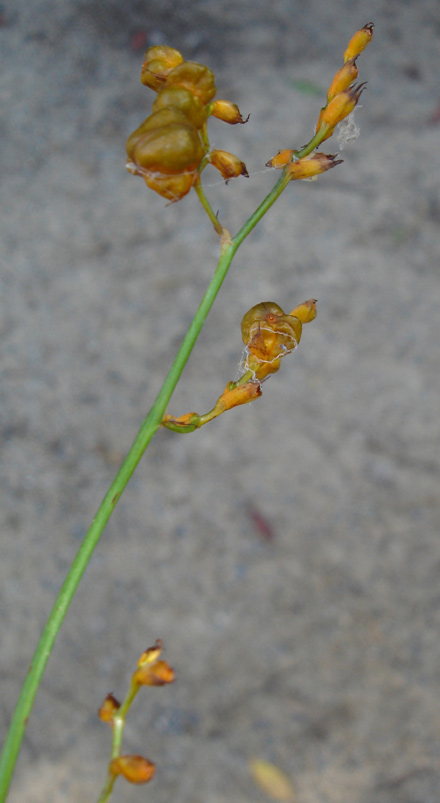 Foliage is sword-shaped, basal similar to gladiolus or iris and burnt orange flowers in summer.

The flowers are often used in commercial flower arrangements. 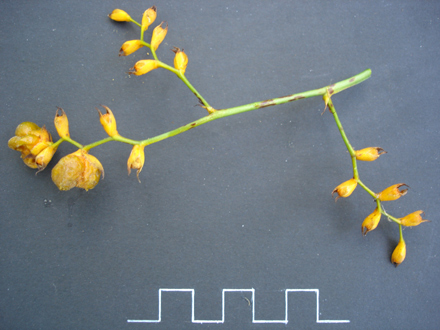 Wikipedia describes the genus as follows:

“Crocosmia is a small genus of perennial species in the iris family Iridaceae, native to grasslands in the Cape region (South Africa).

“They are now grown worldwide, and more than 400 cultivars have been produced. Some hybrids have become invasive species.

“They are evergreen or deciduous perennial herbs, that grow from basal underground corms. The basal, alternate leaves are cauline (meaning, belonging to the stem) and distichous (meaning, growing in two vertical ranks). The leaves are linear or lanceolate. The blades are parallel-veined. The margin is entire.

“They have colourful inflorescences of 4 to 20 vivid red and orange subopposite flowers on a divaricately branched stem. The terminal inflorescence can have the form of a cyme or a raceme. These flower from early summer well into fall. The flowers are sessile on a flexuose arched spike. The fertile flowers are hermaphroditic. All stamens have an equal length. The style branches are apically forked. They are pollinated by insects, birds (hummingbirds) or by the wind. The dehiscent capsules are shorter than wide.” 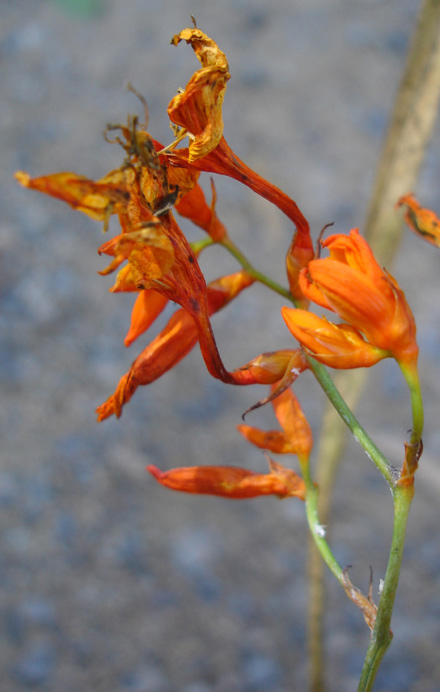