← Crocosmia crocosmiiflora (IRIDACEAE) Emberglow, Montbretia Corymbia torelliana (MYRTACEAE) Cadaghi →
Thickhead is a weedy herb with nodding pinkish-orange or purplish cylindrical flower-heads. Leafy lobes are often present at the base of the leaf stalks near where the leaves join onto the stem. A native of Africa and Madagascar. Very common and widespread in disturbed places. Annoying but only medium risk weed.

Flowers throughout the year. Flowers droop at first, then become more erect as they mature. Flowering occurs throughout most of the year. Small seeds have a silky tuft of hairs (pappus). 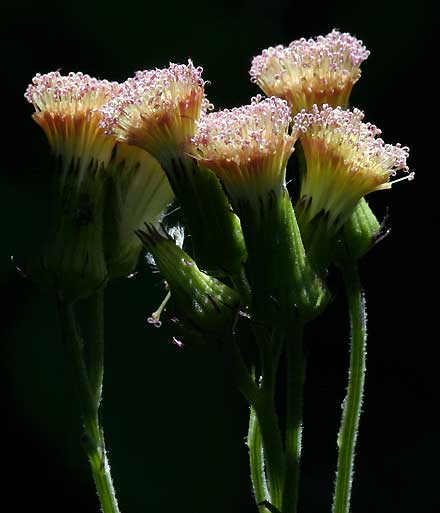 Seed has hairs (pappus) which are white and tinged reddish or mauve. Usually dipsersed by wind or water.

Crassocephalum is a genus the common names of whose members include ragleaf, thickhead and bologi. Several species are raised as leaf vegetables and used for medicine, especially in West Africa. 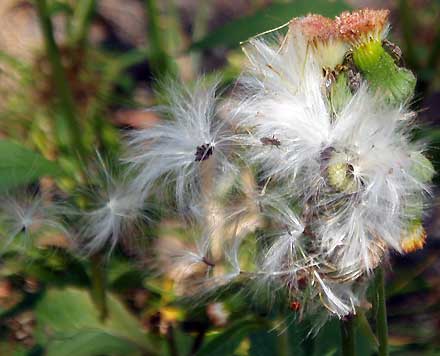 Leaves have petioles to 4 cm, blades with irregularly notched margins sometimes with a terminal leaflet larger than the laterals. Fleshy, mucilaginous leaves and stems are eaten as a vegetable, and many parts of the plant have medical uses.

The upper leaves are smaller than the lower ones and tend not to be lobed, but if they are lobed, then they only have a pair of lobes at the base of the blade. 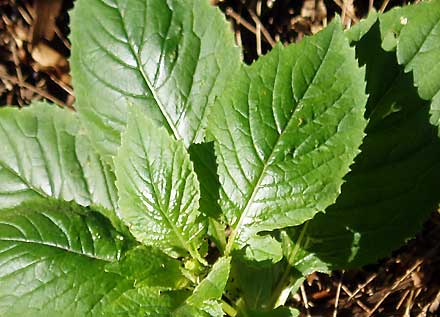