A weed whose rate of invasion is increasing. Very successful coloniser of South-East Queensland bushland near habitation where it is grown as an ornamental. In South-East Queensland it is a serious pest, dominating areas where it has taken hold. Unlikely ever to be eradicated, due to the numbers in gardens, but should be removed In bushland situations, especially at the edges of its range where it is penetrating remnant rainforest. Weed risk: extreme. It is an evergreen tree, leaves pale green, sometimes with a pink tinge, shape variable, wavy edges, to 16 cm long. Young growth can be reddish, or whitish, if covered in short hairs. Surprisingly drought resistant for a North Queensland plant. 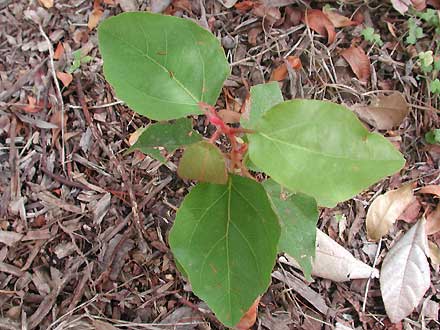 Adult leaves are often affected by a fungus which produces sooty deposits on the leaf blades. Corymbia from the Greek korymbos meaning cluster, referring to the way the plant bears the flowers in a corymb. 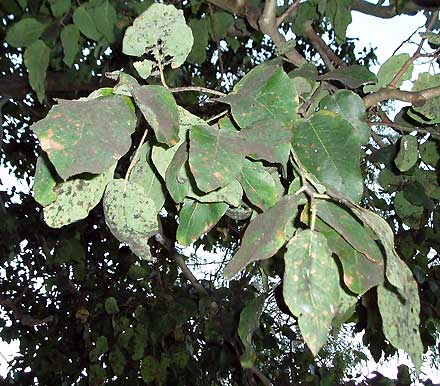 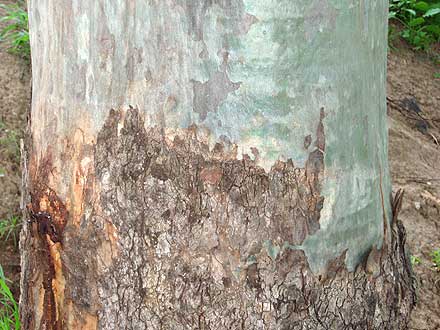