On 31 May 2012 Save Our Waterways Now (SOWN) learned its application for a bush care site rescue at Corramulling Park The Gap had been successful. NRMA Insurance’s 2012 Community Grants program awarded SOWN $10,000.

The aim of the bush care site rescue at Corramulling Park is to rescue critically-endangered ecosystems now rare along urban creeks.

This stretch of Enoggera creek is known to support both lungfish and platypus. It contains remnant gallery rainforest and dry rainforest on both sides of the creek, with some large remnant native trees. 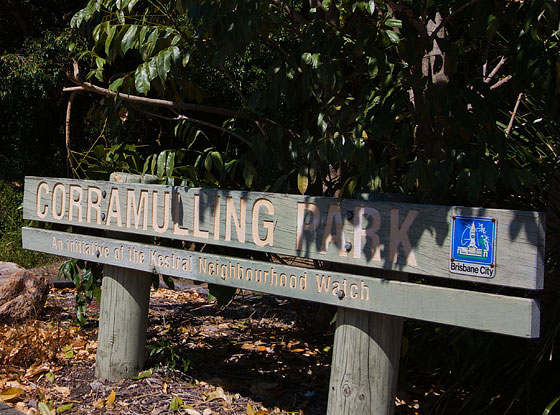 Celebrating the work of volunteers

SOWN values the work of volunteers who have worked on sections of creek bank then moved on or ‘retired’ from active bush care. Just upstream the creek has been restored by Vera and Fred Moffett. The upkeep of these sites is an important tribute to the work gone before and a key strategy in rejuvenating local groups.

The project will involve volunteers and local bush regeneration contractors in on-ground work preparing the site for public working bees and plantings.

Interpretive signage will include history and environment and community with smart phone barcodes linking to further details on the SOWN web site.

The benefit of site rescues like this one is the ability to build on previous efforts and improve them with modern, sustainable techniques. Among the major advances successfully trialed by SOWN in recent years has been the use of coir logs, jute mesh and jute mat for difficult areas.

As always, weeding is a big part of the plan. Areas of Panic Grass, Devils Fig, Chinese Elm, Singapore Daisy, and Glycine will be treated. 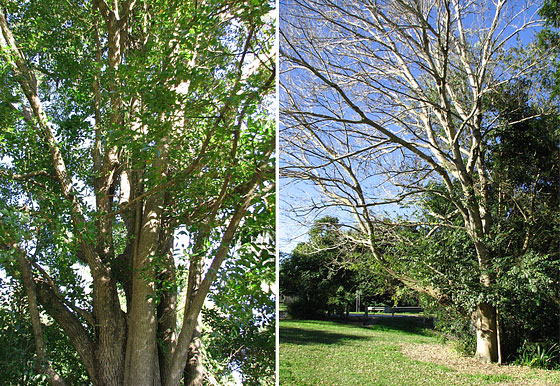 The section of Corramulling Park chosen for the project starts at the School Road Bridge and extends 90 metres upstream.

A large Whalebone Tree Streblus brunonianus was a happy find as its fruit is food for native birds including Lewin’s Honeyeater and the Rose-Crowned Fruit Dove.

In open areas there are infestations of weedy vines like Singapore Daisy and Ruellia but no serious problems with Madeira or Cats Claw Creeper. One large patch of Velcro Vine has entwined itself around flowering native raspberry canes – this will be a tricky removal job. 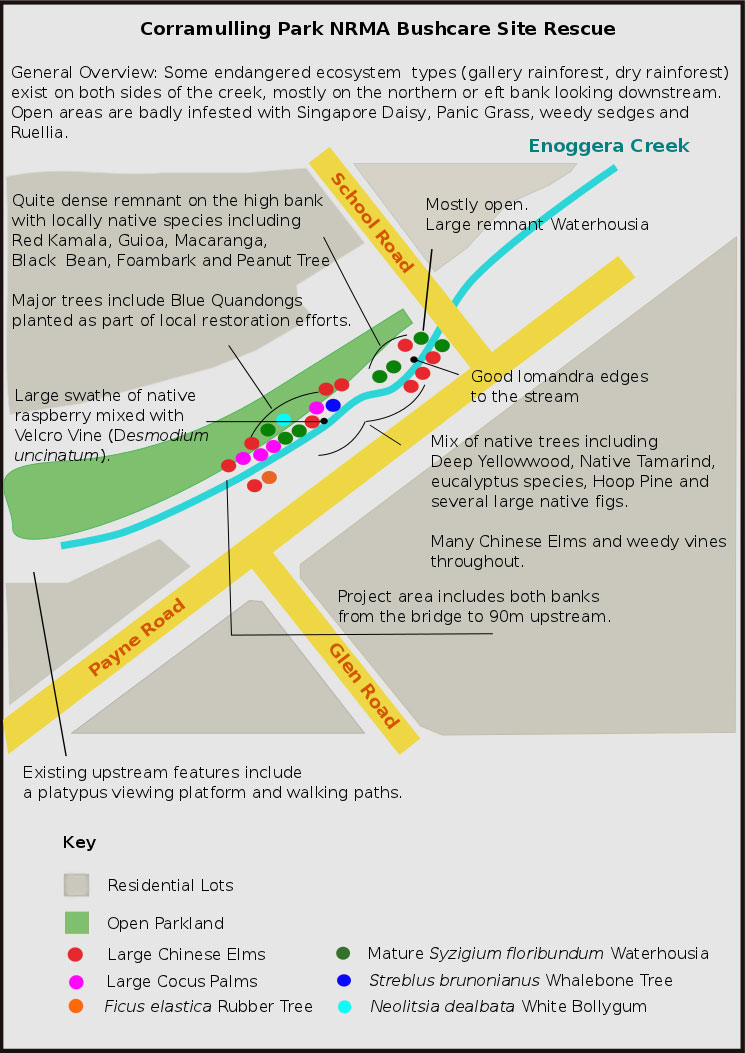 Contractors are being engaged to clear some of the difficult areas of small trees, weedy vines and ground covers. This will prepare the site for planting.

In early 2013 local residents will be invited to a community working bee with NRMA Insurance volunteers to restore the site by planting and mulching.

On the lower banks, dense plantings of Lomandra and other locally native plants will help suppress the growth of weeds.

A mix of native shrubs and trees will be planted along the upper and mid banks to stabilise them and provide shade, food and shelter for native animals. 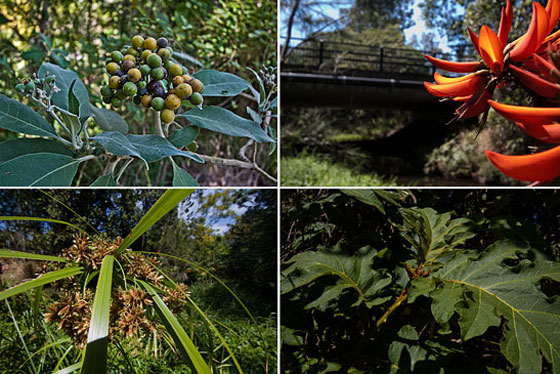 Two adjacent 5 metre by 5 metre areas were sampled for insects and spiders.These groups of invertebrates are widely recognised as being useful for comparing areas of differing vegetation types.

The first sample was in the most weedy area, with only one overhanging branch of a native tree, a Waterhousea. the rest was Gycine, Lantana, Cobblers Pegs, Panic Grass, Billygoat Weed and others. this sample yielded 84 insects in 11 distinct groups and 32 spiders in 8 groups.

the second sample was an adjacent stand of remnant vegetation, including a Waterhousea, Peanut Tree, Native Quince and others. It had around 3 to 4 times the number of plant species as the weedy area sampled. There were also many weeds in the remnant, notably Ochna and Cocos Palm.

Only the understorey of the remnant was sampled, even though the height of this quadrat was around 5 metres. Many more specimens would no doubt have been found in the canopy. This remnant area yielded 100 insects in 16 distinct groups and 78 spiders in 24 distinct groups. 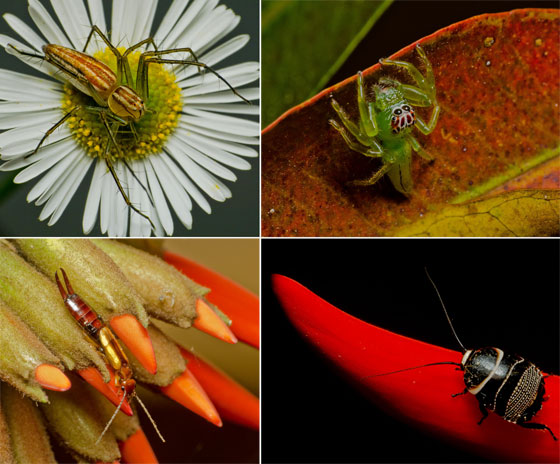 Brisbane City Council has classified the creek bank here as ‘endangered ecosystem’. Gallery and dry rainforest exist on both sides of the creek, mostly on the northern bank. There are excellent patches of established Lomandra spp. on the water’s edge.

Rescue projects like this one allow SOWN to link quality established restorations like those near Yoorala Street upstream, saved by Athol Brown, Vera Moffett and their group – and Bob Whiteman’s restoration across the bridge downstream towards Walton Bridge Reserve.

This area has a history of community bush care and locals can take pride in continuing this legacy of restoration. Further upstream from the project area is a platypus viewing station and rock-lined walking paths beside the creek. The Flat-Rock area is one of the most picturesque creeksides in The Gap.

SOWN hopes this project will lead to further funding to restore the other two thirds of the Corramulling Park. 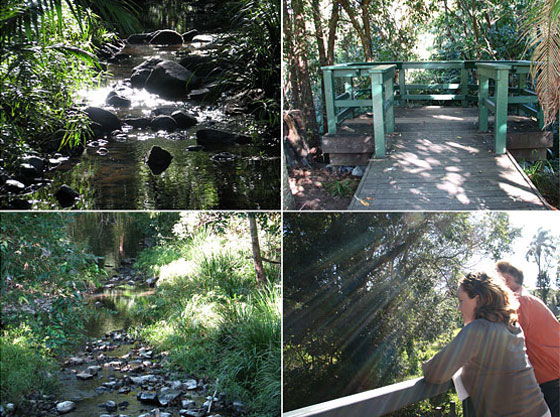