← Cordyline petiolaris (ASTELIACEAE) Broad Leaved Palm Lily Commelina diffusa (COMMELINACEAE) Native Wandering Jew →
A shrub or tree to 20m. Sometimes called Scrub Christmas tree due to the masses of white flowers which appear around late December and give the tree a layered appearance.

An excellent pioneer species and can grow at a rate of 3m a year in favourable conditions.

It is often shredded by insects which feed on its large fleshy, rust-tinged leaves. Its canopy is not complete, and ground covers can easily grow in its partial shade. 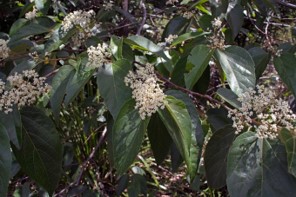 Propagate by seed after boiling, or cuttings. Seed is preferable as cuttings are a clone of the parent, thus limiting genetic diversity.

Commersonia, after Philibert Commerson, French naturalist on Bougainvilles expedition in 1766-69; bartramia after J. Bartram, an Anglo-American responsible for the introduction of many North American trees to Europe. 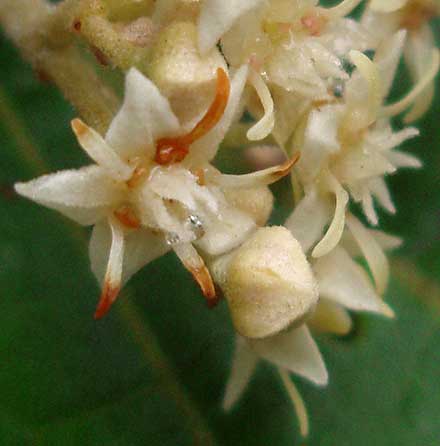