Although native, often considered a weed of damp and/or shady places, gardens and along watercourses. This is because it behaves weedily, occupying areas where clearing has led to an excess of sunlight. It is not a problem in normally shaded creek banks with deep leaf litter, especially Casuarina spp. Other Commelina species are not local ( e.g. C. benghalensis), so it is important to learn the differences (See the Weeds to Wack section).

Stems are soft and creep along the ground, often producing short upright branches. The leaves have an obvious leaf sheath which can sometimes be hairy (pubescent) But never with brown hairs (a characteristic of C. benghalensis).

Leaf blades either elongated or egg-shaped (ovate). They are generally hairless (glabrous) and come to a sharp point (i.e. apex acute). 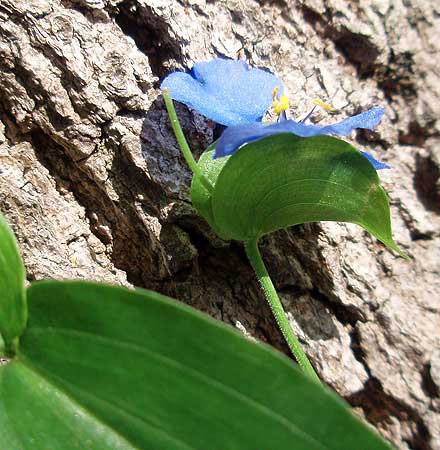 Flowering occurs during spring, summer and especially during autumn. The fruit (i.e. capsules) are about 5 mm long. 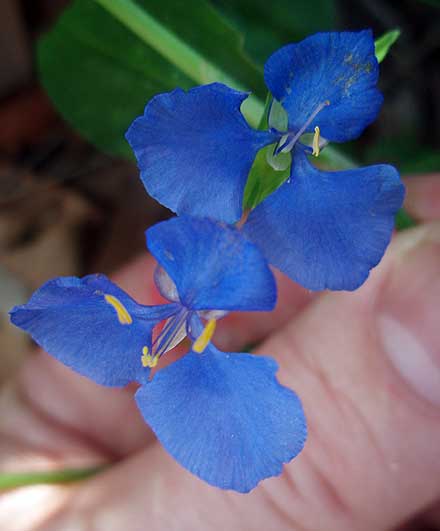 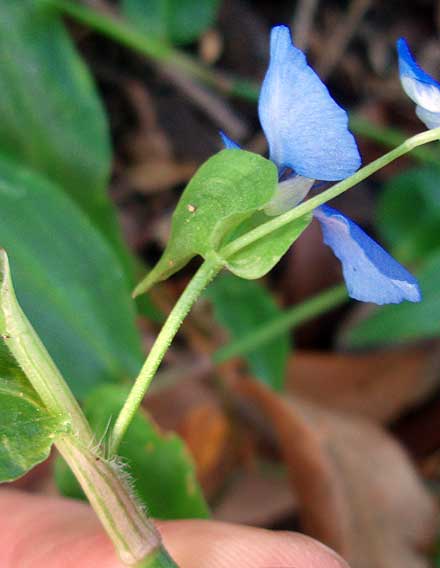 The blue flowers of this plant occasionally attract the Blue Banded Bee, an insect which sees best in the blue range, and is therefore attracted to blue flowers. 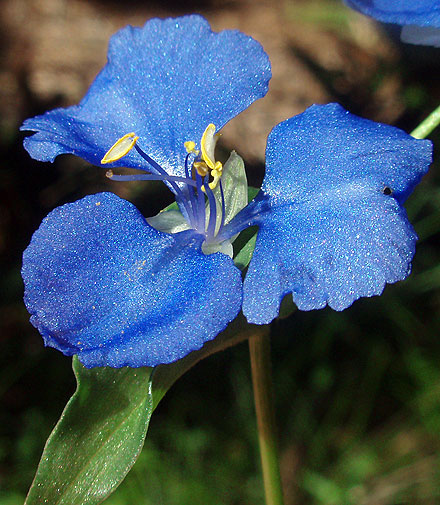