← Cirsium vulgare (ASTERACEAE) Spearthistle, Scotch Thistle Chrysophyllum oliviforme (SAPOTACEAE) Satinleaf, Wild Star Apple →
The Camphor Laurel tree has been harvested for centuries for its camphor. Camphor is contained in all parts of the tree and is potentially very toxic. Native to Taiwan, Japan and China, Camphor Laurel is a medium to large tree normally reaching a height of 15 m (occasionally much more) planted widely in gardens and as a street tree. It is recognisable by the alternate leaves which have a distinct camphor smell when crushed and three distinct veins at the base, duller underneath than above. Bark is light brown, variable, from very rough furrows with flat topped ridges to scaly. Cutting into the bark releasea strong aromas. Branchlets are green, turning reddish. Buds are sparply pointed. Flowers are small branched inflorescences at the ends of the branches. Globular, black and glossy fruit are attached with a disc-like cup. 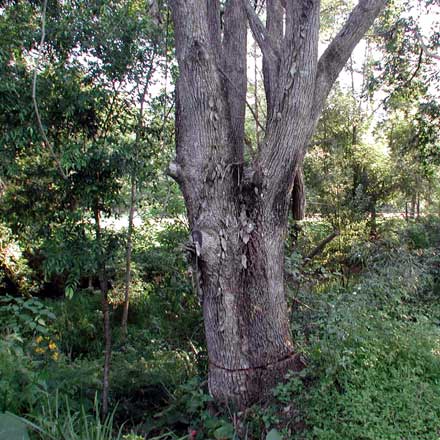 Leaves have small but discernable oil glands and domatia. Somewhat wavy, dark glossy green above. A declared weed in New South Wales and Western Australia. Recently declared Class 3 in Queensland. Class 3 plants cannot be sold in Queensland and their removal is recommended. Landholders can be required to remove Class 3 plants if they live next to environmentally significant areas such as national parks or reserves. Its weed status deserves to be upgraded. It is a serious weed along most Queensland and NSW creeks and rivers where it outcompetes locally native plants and suppresses germination. It forms monocultures, sometimes impenetrable thickets. Particularly bad in norther NSW. 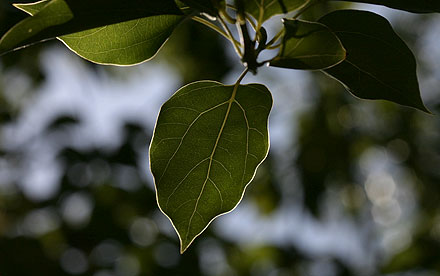 Leaf venation is finely reticulate. Camphor poisoning initially affects the gut with mouth irritation, nausea, vomiting and abdominal pain. Then signs of brain irritation occur with restlessness, excitement, delirium, and seizures. Late stages may include depressant effects on the brain with cessation of breathing and potentially unconsciousness. 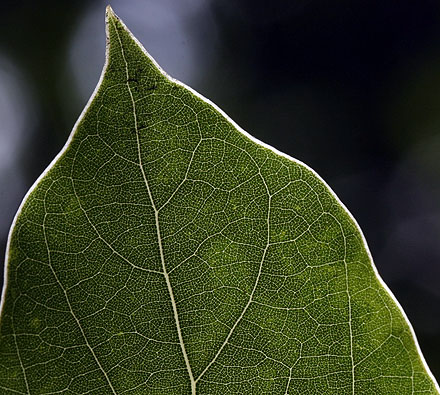