Satinleaf grows to a height of 10 m with a spread of 4 m. Young twigs, lower leaf surface and flower buds are densely golden-brown or rusty-brown.

Leaves are alternate, simple and entire, elliptic in shape and pinnate. The apex of lamina is abruptly short acuminate. 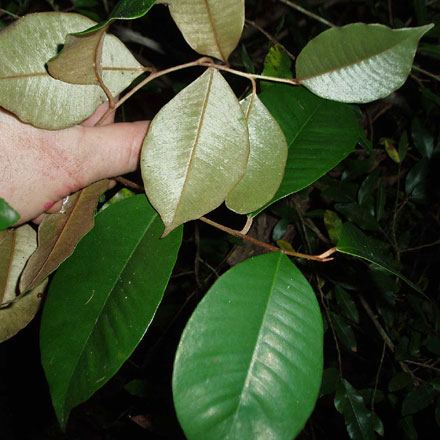 Flowers are white, having five parts in axillary fascicles occurring in late summer to autumn in Australia. Niemeyera spp. (3 in South-East Queensland) have the stamens exerted from the flowers (i.e., they are longer than the petals). Satinleaf has stamens shorter than the petals (see photo).

This species is related to Chrysophyllum cainito Star Apple, also a native to tropical America and grown commercially for its fruit in the tropical north of Australia. Chrysophyllum oliviforme is the hardier of the 2 species and will survive brief frosts. It is generally grown as an ornamental for its attractive, golden-coloured, lower leaves. 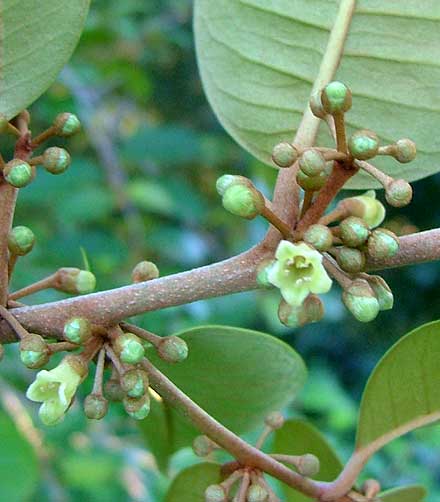 Fruit are a fleshy, purplish-black drupe approximately 2-2.5 x 1cm, ellipsoid (olive-shaped) containing a single brown seed that is pointed at each end. The fruit are edible and eaten fresh, ripening from December to January.

Seed germinates readily and has a high viability. Seed is distributed by frugivorous birds such as Specotheres viridis Australasian Figbird observed eating fruit at East Ballina in December 2004. 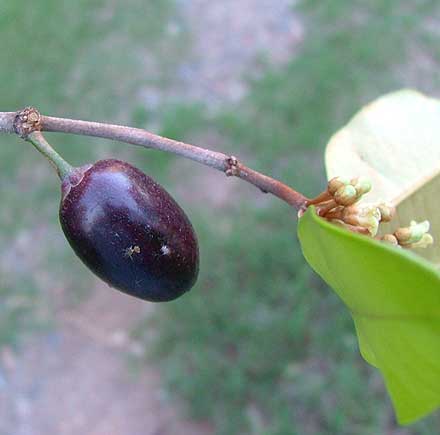