It is often so thick as to appear coppiced (multitrunked after main trunk removed). A vigorous, hardy tree providing important stabilizing of banks and shade from its dense canopy. Invasive weeds struggle to gain a foothold in its thickets. although Lantana has been shown to suppress Brown Myrtle (Gentle, Duggin – Vegetatio, 1998). 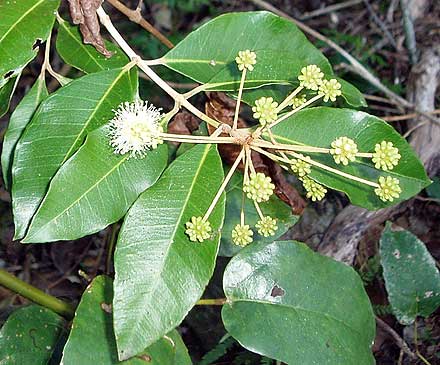 Leaves elliptic to narrow-elliptic, to 13cm, apex narrowed to a fine point, base tapered, upper surface green and hairless, lower surface grey-green to pale brownish and finely hairy. Like many MYRTACEAE the leaves have an intramarginal vein, though this one is not very distinct (it can be just made out in the photo if you look closely). Lateral veins prominent below. Oil dots small and numerous. The crushed leaf has a strong eucalyptus, camphor, peppery, cinnamon smell. 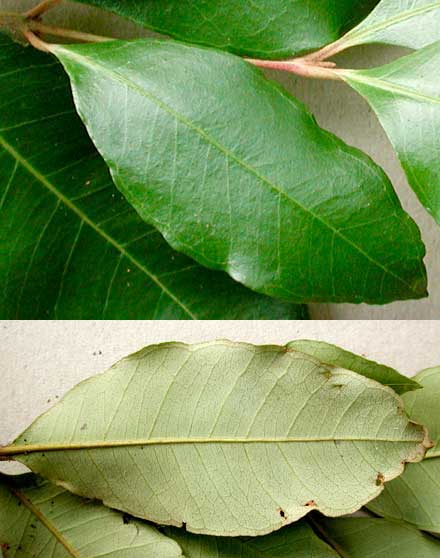 White or cream, fragrant flower are crowded into conspicuous heads, rather like wattle puffballs, appearing in Spring. Fruit is a capsule, clustered in dense globose heads. The fruit lasts for several months and releases tiny seeds when dried which are said to germinate readily, though we haven’t had much luck with them. 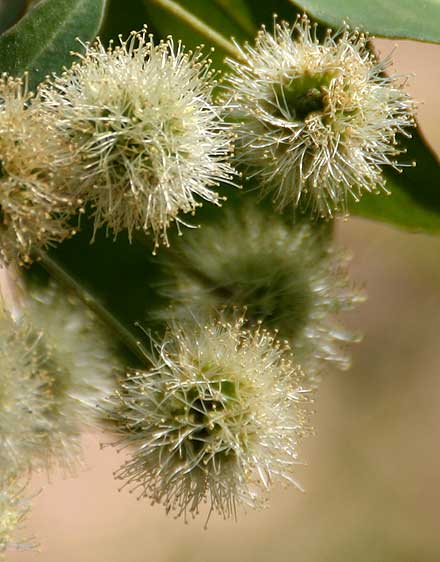 This species was once very common but has been reduced to a few stands due to clearing. A priority plant for propagating and replanting, preferably in massed stands. A very good weed suppressor.

Choricarpia from Greek choris, separate, asunder, apart, and karpos a fruit — referring to the fruits of the cluster not being united as in the closely allied genus, Syncarpia.

Leptopetala from Greek leptos, thin or narrow and petalum, a petal, referring to the lack of petals.

The closely related Choricarpia subargentea (Giant Ironwood) is much larger and has smooth brown bark with attractive patches of green and cream. 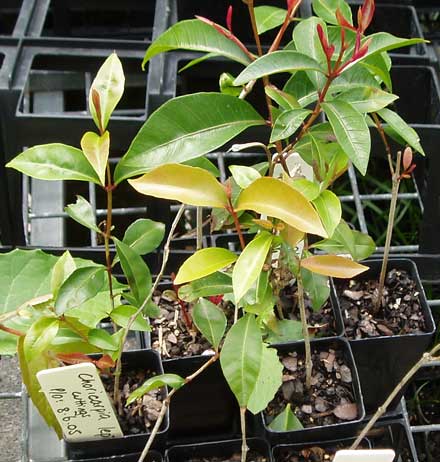 These are growths on a brown myrtle, Choricarpia leptopetala (MYRTACEAE). They can’t be fruits, which are quite different (see pic of flowering fruit above).

So the question is, what are they? I suspect some sort of insect gall, produced by insect irritation, then providing a home for the young. 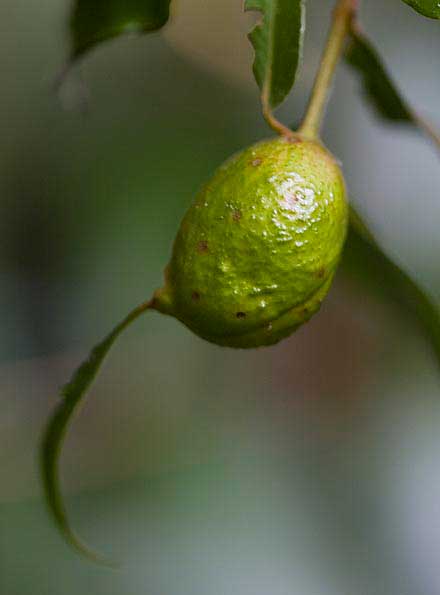 This pic shows the insects / larvae in a gall that has been cut in two (you can see the secateur blade in the picture). 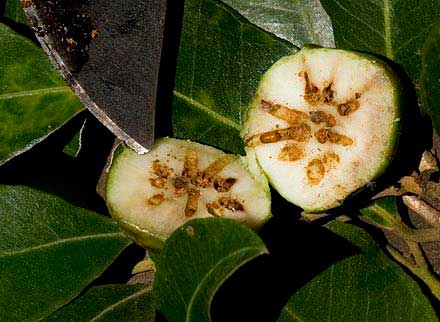