Known to be toxic to cattle, sheep, horses, pigs and poultry. Symptoms in cattle include fever, loss of appetite, abdominal pain and bloody diarrhoea. The plant causes liver injury and subsequent bleeding. At autopsy there is frequently extensive bleeding into the heart muscle. 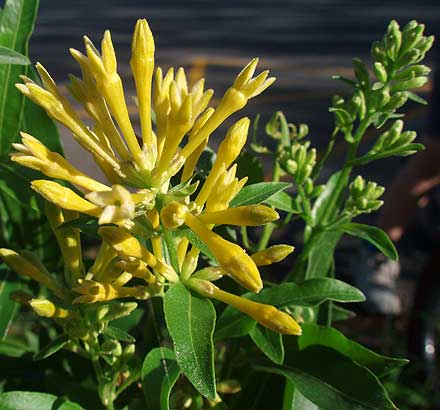 Flowers in clusters at the end of the branches have greenish yellow petals all year round, abundant in spring.

Handling cestrum may cause contact dermatitis in some people.

Seedlings may be hand pulled or dug out. Cut and paint mature plants, preferably before they begin to develop seed. To improve the effectiveness when using the cut and paint method, peel the bark back all around the stump and apply herbicide quickly to both the cut face and the exposed outer wood. 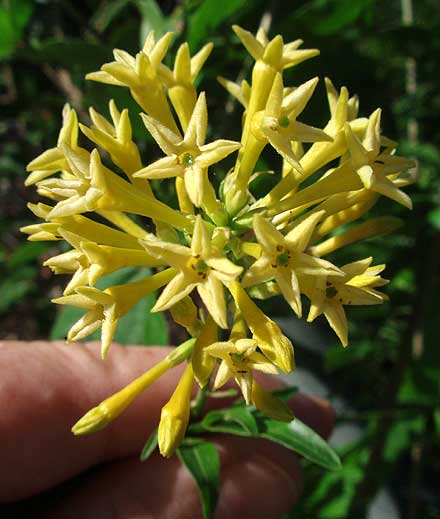 Leaves are alternately arranged, dark green and slightly shiny above and paler below, with slightly wavy margins and a pointed tip, 7-14 cm long. 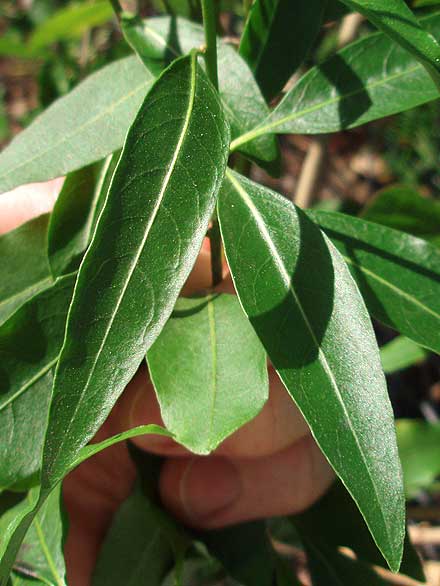 The prominent central vein on each leaf is yellow and strongly raised on the underside, particularly near the leaf base. This photograph shows the raised mid vein, but the colouration is not as yellow as some, due to the shady location of this specimen. 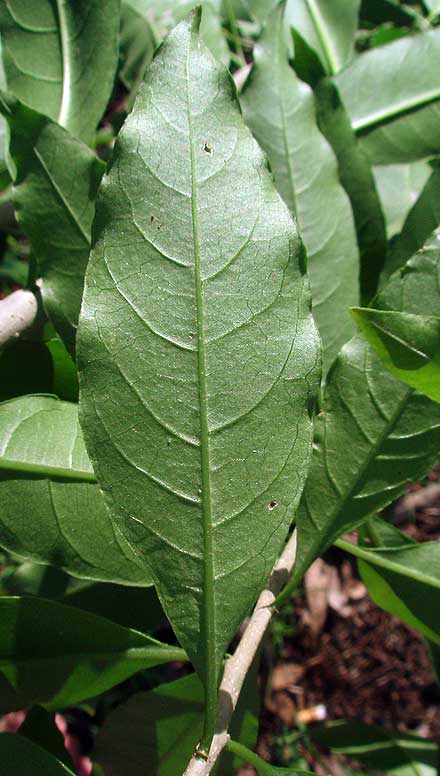