← Cayratia clematidea (VITACEAE) Slender Grape, Native Grapefruit Castanospermum australe (FABACEAE) Black Bean →
Tall, graceful tree to 20 m along creek and river banks and floodplains. Has fine pine-like foliage and deeply fissured bark. Important tree along Enoggera Creek. Casuarina was the sole genus in the family, but has been split into three more genera, a proposal that is not universally accepted. The family presently has Allocasuarina, Casuarina, Ceuthostoma and Gymnostoma. Members of this family are all characterized by drooping equisetoid, leaf-like twigs (needles). The roots have nitrogen-fixing nodules. Male flowers are in spikes and are carried on the ends of branches. Fruit are small spheres containing a large number of pale, winged seeds. 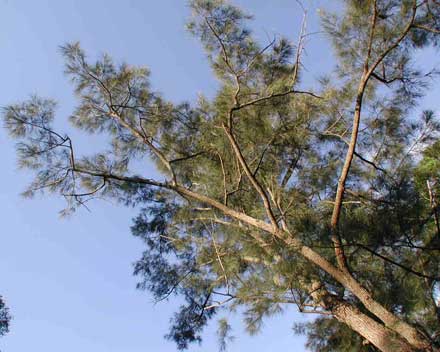 The fallen foliage supresses other plant growth, making it a useful pioneer. Casuarina species are a food source of the larvae of Hepialid moths. Forests of River She-oaks attract a wide range of bird species. Propagate from seed. Pick the cones, keep them in a warm place in a paper bag and the winged seeds will be released in a couple of days. Also know as Scrub She-oak, River Oak, Fire Oak, Australian Pine, Beefwood, Billagin.

In NSW, River She-oaks are classified as protected plants, not because they are rare but because their roots are instrumental in reducing stream bank erosion. They have become pests in the USA. 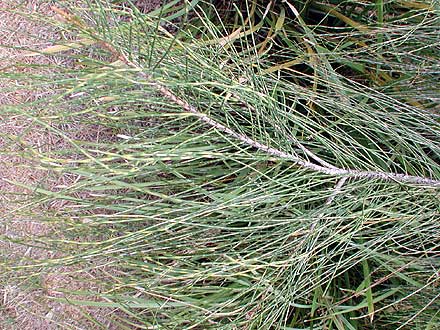 Casuarina from botanical Latin casuarius, the cassowary, the name of which derives from the Malay name, kasuari, because of the resemblance of the trees long drooping foliage to the plumage of the bird; cunninghamiana after Allan Cunningham (1791 – 1839) the Australian botantist sent by Joseph Banks to New South Wales in 1816 to collect plants. Cunningham joined John Oxley’s expedition to the Lachlan and Macquarie  Rrivers in 1817. He was botanist on the Mermaid 1817-20 and made inland explorations of New South Wales and Queensland. He was later Superintendent of the Sydney Botanic Gardens. 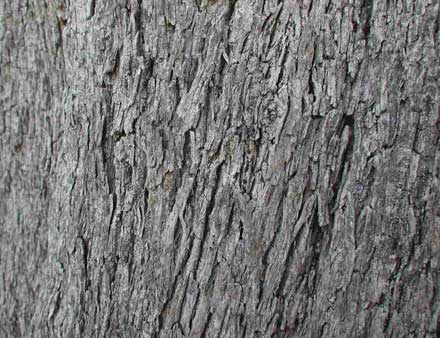