← Casuarina cunninghamiana (CASUARINACEAE) River She-oak Carissa ovata (APOCYNANCEAE) Currant Bush, Kunkerberry →
Large tree to 40 m, often occurs in stands. Black Bean grows well along the banks of rivers and creeks. It has a strong root system, which can be used to consolidate stream banks against erosion. In the garden it rarely grows more than 20 m with a dense crown. Reported as a food source afer treatment to remove the poison. 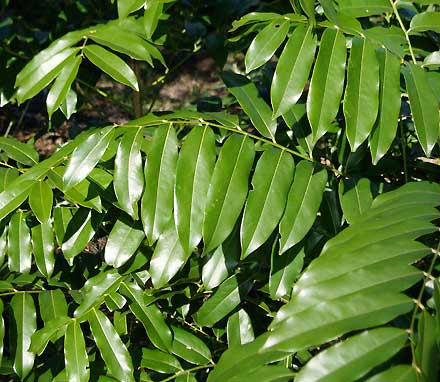 In November it has sprays of red and yellow pea-shaped flowers 3-4 cm long. The nectar produced by the flowers attracts birds especially King Parrots, bats and butterflies. Host plant for larvae of Common Pencilled-blue Candalides absimilis. The timber was much sought after in times gone by, but is rarely harvested now. 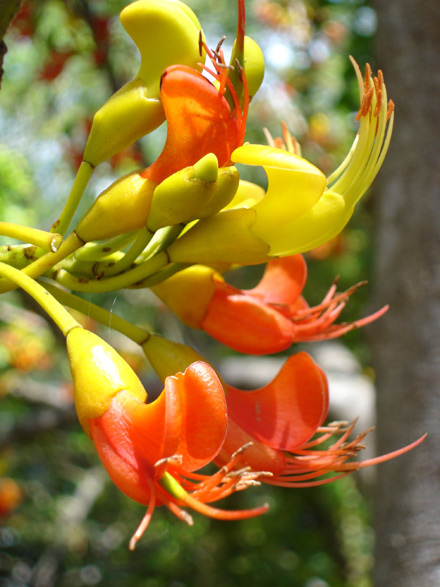 The seeds are typical (if large) beans. They fall in large seed cases and get transported by floods to other locations along the creek, or else germinate in great numbers around the parent trees. It is better to sow the seed directly into the desired location, as it does not like transplanting. It starts off better in shade, then searches for the sun.  The seed cases make good toy boats. 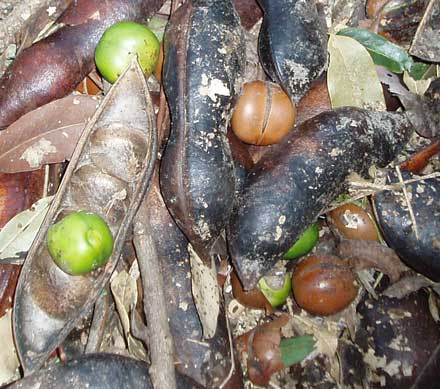 The unripe seed contains saponin (a poison) which can be used to stun fish, but Jagera pseudorhus was more often used in this way. Seeds are easy to collect and certainly make an impact on the seed inventory when measured by weight. Common names include Moreton Bay Chestnut, Moreton Bay Bean, Bean Tree, Mei, Wild chestnut, Wombai.

Castanospernum from Greek kastanon, the chestnut tree and sperma seed of plants, referring to the similarity in appearance of the seed to that of a chestnut. Australe Latin, southern. 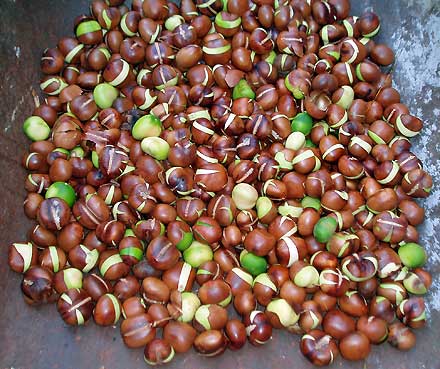