Cardiidae are one of the largest and best-known bivalve families with over 200 living species and many more fossil forms. 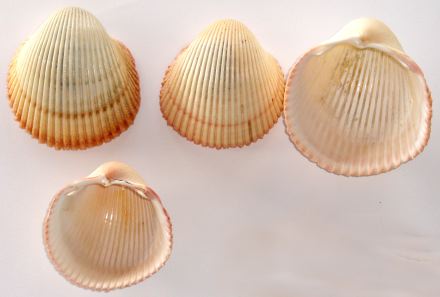 Acrosterigma vertebratum is an edible cockle, common on intertidal mud and sad flats, in large colonies below tide level to about 10m depth. Usually orange with rough radial ribs. Somewhat flattish and elongated. 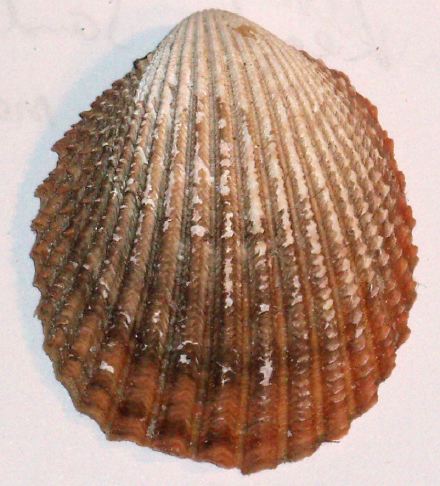 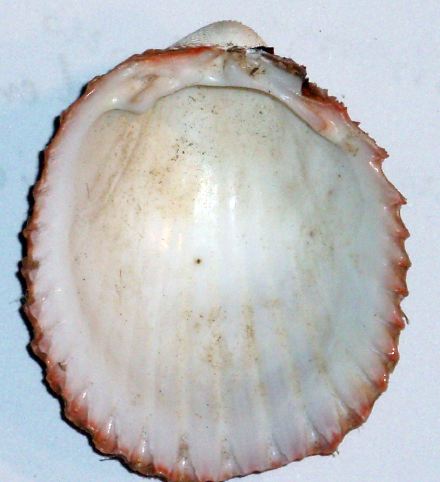